There’s no doubt about it: the local cloud market is more buoyant than ever. To weigh up the prospects for the Australian cloud, we brought together a number of industry experts for a GTR roundtable. Participants included:

GTR: State and federal guidelines have streamlined expectations and requirements for adoption of cloud services. How effective have their efforts been, and what else could the government do to encourage Australian cloud usage?

DAN: The government has undertaken a huge amount of work in developing guidelines and better practice guides for most aspects of the decision making associated with cloud computing – from developing the business case, to procurement and implementation. That type of work has necessarily taken some time to be developed.

There are well established capability maturity models and methodologies used by the government, as well as very mature procurement processes employed for vetting suppliers. In addition, a large body of literature and better practice guides have been issued over the years by Department of Finance, ASD, AG’s and other agencies to assist anyone who needs another level of assurance.

At a global level, there have been sustained efforts to develop standards for cloud computing, as well as benchmarks for the cost and value of technology through discipline-based approaches such as Technology Business Management. Existing panels have provided a good opportunity for organizations to try cloud computing offers and test their ability to incorporate such offers within their workflow.

KALESKI: Government's push into the cloud is a very positive trend, and we have seen strong uptake of that at a federal and local government level. I think you're going to see an increased appetite for cloud, and see a lot more government related tenders coming out that will have a mandate for services to be delivered in a pay by user utility computing type model.

Historically, we've seen the cost of storage go down over time – and at a technology level we're going to see the same thing happening. We're also going to see companies maturing, and government agencies maturing in the way they want to procure their services. They're maturing as buyers and want more from their cloud providers.

PURDY: While there have been moves, the adoption is really a trickle in my opinion. Most of the government departments aren't educated in what they can and cannot do within the laws they operate within. Some are being told to adopt cloud but haven't been given guidelines as to how, nor have they had support from other departments like Treasury. In reality, this is where the adoption needs to be driven and supported from. Treasury balances the capital or operational expenditure approach so it's pretty hard for a department to move from one to the other without that support.

SCROGGIE: There are opportunities for governments to align their procurement practices in the future to how cloud operators are selling their technologies today. Given the major cloud computing providers are dropping prices quarterly, even monthly, means departments need to be able to take the cost benefits of step down in pricing from new entrants at any time, somewhat challenging the traditional form of panels. This will be an interesting area to watch closely, particularly if workloads can be easily migrated, the physical lock in’s of today may not be a problem tomorrow if compute workloads can easily move from one cloud platform to another.

HANRAHAN: Public sector and finance continue to be the areas that are moving to cloud fastest. That's because they have historically been quite good at evaluating IT services and different services, at evaluating risk and managing that. So they haven't gotten caught up in the hype and have been able to more more quickly than others. Obviously the desire not to be caught in continuous capex upgrades and refreshes is driving moer and more agencies to the cloud very quickly.

Yet we are seeing barriers where organisations that have historically been very capex heavy in their IT budgeting, start to move those services to a cloud and it starts to come from an opex budget. We find the public sector is not necessarily coming to terms with that change in budgeting processes yet. 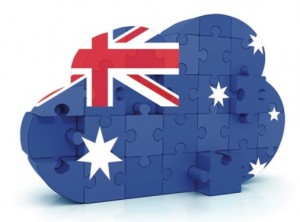 GTR: Given the level of cloud capability that's now onshore in Australia, are there still reasons a government body might still consider using an overseas cloud provider? What risks does this approach still present?

B-W: International providers obviously offer lower costs and better content distribution – so, certainly, for people who may not be as security conscious or data-sovereignty conscious, those global clouds are attractive in terms of price and positioning. They're also probably better designed in some ways, easier for the software providers who are putting their software on those cloud infrastructure platforms to deploy them.

AYYUCE: A lot of people want to go towards larger-scale service providers, if only because they provide larger economies of scale. Yet with the investment we're seeing in the marketplace over the last 12 to 18 months, and the AWS, Azure, Rackspace, Equinix and NextDC types investing in data centres locally, it's starting to allay a lot of the fears of migrating to the cloud. With the advent of cloud locally, corporations are much more willing to invest in cloud services.

PURDY: Absolutely. Datacom's message to customers is that while we have our own cloud offerings in IaaS, PaaS and SaaS – and on-premise solutions still have their place – the overseas providers are operating at a scale and price that makes them very suitable for some workloads.

In departments we're seeing adoption of Web systems – typically with no data classification – and test/development where those systems don't have any live or private data. These make sense as they are variable workloads that can achieve good savings by being switched on and off.

Of course, there's still a risk of data exposure and with the new privacy laws in Australia, departments need to be extra vigilant about what they place externally and who has access to the data. But in terms of transacting and working with global players like AWS and Azure, Datacom is supporting the best fit adoption methods. It just makes sense.

DAN: Generally, local capability has been developed in response to either security or data sovereignty concerns – whether real or perceived – or in response to requirements for a different set of capability compared with what is available from global providers. However, given the importance of economies of scale when it comes to cloud computing, some of the local services involve a premium when compared against some of the global offerings.

Therefore, when such global offerings meet the requirements of government – say for publicly available information such as data. gov.au [hosted overseas by AWS] – then the government will always look at the best value for taxpayers’ money. When additional security, sovereignty, latency and reliability are critical, the local, tailored government offerings may have the advantage.

KALESKI: There's been a lot of investment, and will continue to be a lot more investment, in the Australian market in the cloud data centre area. I don't necessarily believe that companies going offshore is the right thing; they don't need to go offshore in order to achieve their goals. Having organisations procure domestically is certainly the way Australian government agencies should be looking.

This is part 4 of 4 in this GTR roundtable, which originally ran in the May/June 2014 issue of Government Technology Review. Read part 1 here.