Growing reliance on cloud-computing platforms will increase the expectations of corporations and government departments to be able to manage those platforms as they would their own, the head of hosting giant Bulletproof has predicted as the company launches a managed service for the widely-used Amazon Web Services (AWS).

Use of AWS Elastic Compute Cloud (EC2), a platform-as-a-service (PaaS) offering that allows the rapid commissioning of virtual servers on Amazon's platform, has increased rapidly as it gains currency amongst developers who regularly run up AWS virtual machines for testing new versions of their software.

AWS is also widely used to commission additional Web servers to deal with situations such as expected peaks in demand. However, the AWS machines have had to be managed separately from those installed within the organisation.

Bulletproof's PCI DSS and ISO 27001-compliant hosting platform supports heavily-trafficked Web sites such as those of the Australian Olympic Committee and the federal government's Budget site. 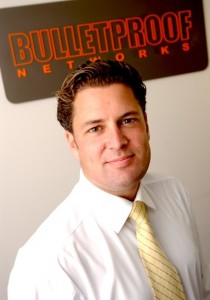 "It's exactly the same enterprise management that Bulletproof offers on our own infrastructure," he told GTR, "but it can be applied to any AWS region around the globe."

"I can't overstate the importance of AWS in the Australian market, and a managed AWS service will be a reasonably disruptive development. AWS is cloud, but it's still infrastructure – and infrastructure still needs very specific skills for management."

It's not the first time Bulletproof has made a play to boost its appeal to cloud adopters: last year, the company moved to differentiate itself by adding free application and database monitoring to its managed hosting services.

Extending those services to AWS will, Modesto said, legitimise AWS as a mission-critical business platform, and simplify the process of integrating cloud-based applications with in-house infrastructure.

"This really opens the door to mixing and matching whatever the customer needs," he said. "There's momentum growing in which AWS is being used, more and more, to host highly available production infrastructure. As soon as it needs to be used for production, mission-critical infrastructure – that's where the need for enterprise management is."

A number of Australian customers have already signed on for the managed AWS services, Modesto said, although he declined to name them as they are still in testing. Their experiences will steer the expected development of a number of specific management tools to further improve the administration of AWS servers.