Counting the cost of cloud 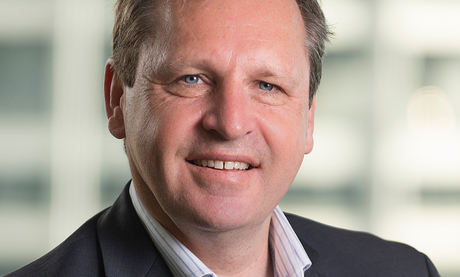 There are three critical aspects to ensuring the federal government’s ‘cloud first’ policy adoption does not see productivity being sacrificed for cost savings: visibility, optimisation and control.

As the Australian Government begins making strides in its ‘cloud first’ policy and departments start to migrate their IT, the conversation must move away from just cost savings to how productivity can be maintained — or, indeed, improved.

The Australian Government Cloud Computing Policy, released in October 2014, mandates that agencies adopt cloud “where it is fit for purpose, provides adequate protection of data and delivers value for money”. While security and cost efficiencies are no doubt critical for the public sector, these savings can be rapidly negated if the impact on user experience, and productivity, is not properly factored into cloud migrations.

Logically, when you move your data further away from your users, performance will suffer unless mitigated. It’s no secret that the paper and pen has been largely replaced by the tablet and smartphone. This paradigm shift means every government department, much like the modern enterprise, depends on applications for almost every task. Therefore, IT is embedded in every business process and must perform.

As applications have become so critical in performing day-to-day tasks, the evolution from on-premise computing to the cloud means the network paths on which applications travel are becoming increasingly complex and likely to change more frequently. If this complexity is not properly accounted for before, during and after migrations, application performance will suffer; if applications don’t work, public servants can’t work.

But application performance issues, particularly in the public sector, impact more than just employee productivity. Increasingly, critical government services are being delivered online. If these suffer performance issues, then those who are most affected are the people using them. Some examples may be tax returns and visa applications not being lodged before deadlines, and employment details not being updated with Centrelink on time. These and other issues have the potential to seriously impact citizens and travellers trying to do the right thing.

While the government should be applauded for mandating departments and agencies adopt cloud technology, it is crucial that cost savings aren’t considered in a vacuum. The impact on performance needs to be considered with just as much, if not more, gravity than just the bottom line.

The problem lies in how cloud contracts are constructed and how performance is measured — service-level agreements (SLAs) are generally based on ‘availability’. There is, however, a vast difference between an application being technically ‘available’ and the performance the end user experiences. The latter is the metric to which business cases and SLAs should be tied, because when application performance suffers, government suffers too.

So how do you measure — and ensure — end -user experience?

There are three critical aspects to ensuring cloud-first adoption does not see productivity being sacrificed for cost savings: visibility, optimisation and control.

The ability to see all applications and data moving across networks, regardless if they are on-premise, in the cloud or a combination of both, is the difference between driving through Sydney with a 25-year-old street directory and an up-to-date GPS with live traffic reports. Having visibility, not only into your network typography but also into how your applications and data are travelling, as well as identifying any potential bottlenecks, ensures IT teams can stay one step ahead of potential performance degradation.

Secondly, you need optimisation to take action on the insights gleaned from visibility in order to ensure performance and productivity. Cloud providers with the economies of scale to drive costs down will offer the government the most significant savings — typically these providers are overseas. Assuming the security requirements are met for government emails to be outsourced to a cloud provider in Singapore (an increasingly common case in the private sector), email data now has to travel more than 6200 km before it lands in an inbox in Canberra. Unless you’re able to optimise your network and application performance, moving data this far away from those using it will decrease productivity.

Finally, in order to manage the complexities of the new-found cloud environment you need to be able to take control. Different cloud providers specialise in particular applications or services and it is the norm in private enterprise to have multiple providers. This trend will no doubt continue in the government space. While it adds to the labyrinth of IT architecture, it can be managed with the ability to prioritise certain types of traffic over others. With the right tools, predetermined performance thresholds can be set centrally so that critical traffic is given priority over less important information flows and the appropriate network path is selected. This can even be automated with a ‘set and forget’ series of rules to ensure the applications that mean most to each department remain available. This automation means that any potential application outages can be fixed before end users even notice a problem.

There is no doubt that cloud services can offer huge cost savings to government departments. What does need to be considered, though, is how employee productivity can be, at a minimum, maintained while the data being used is moved further away from users.

As government services increasingly shift to online delivery — whether through computers, tablets or smartphones — and applications become central to public service operations, it becomes critical that user experience is factored into any implementation. When tax return deadlines loom, services need to be able to cope with the influx of visitors to the ATO and myGov websites. When welfare changes take effect, Centrelink websites need to handle increasing traffic. Intelligent network and application performance solutions can prioritise these data flows to ensure both public servants and the public aren’t left facing the frustration of crashing websites and never-loading pages.