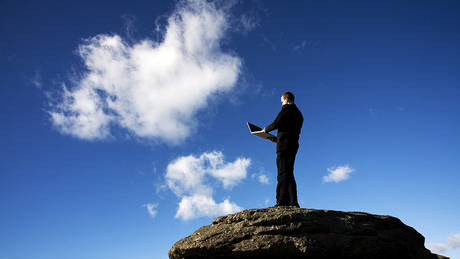 Increasing adoption of data centre as a service (DCaaS) and specialised offerings such as cloud-based contact centres will drive growth in data centre sourcing even as investment in Australia’s data centre sector cools slightly in coming years, market watchers have predicted as 2016 forecasts begin to emerge.

A flood of cloud-hungry government agencies — serviced by an actively encouraged Whole of Government Cloud Services Panel — will play a significant role in this change as top-down transformation mandates drive them from traditional co-location relationships towards a more platform-based approach, in which data centre operators bundle computing, telecommunications, networking and software into hosted cloud-service bundles delivering scalable capacity.

This shift in mindset is already driving change within some agencies. In August, for example, data centre operator NextDC signed an undisclosed government agency to a $36m, six-year contract to provide data centre capacity on a DCaaS basis.

NextDC, which has partnered with the likes of Microsoft and CenturyLink to bring new cloud capabilities to the Australian market, called the deal “a very momentous occasion” that reflected the company’s “flexibility, capacity to deliver at scale and our world-class facility design and operations, which made us stand out against our competition”.

The company has added more than 10 MW of data centre capacity over the last year, pushing towards 9000 equipment racks nationwide as it stitches up deals with the likes of CenturyLink to deliver local public cloud capabilities on its infrastructure.

Competitors are also coming to the party. Bulletproof, for one, christened its Bulletproof Professional Services arm to assist with cloud migrations onto its data centre infrastructure, while Equinix officially launched its new ME1 data centre earlier this year with a focus on cloud enablement. Telstra and Dimension Data, among others, have also recently bolstered their domestic data centre capabilities to support increasing cloud usage.

Yet with significant infrastructure investment already in the Australian market, the net result of this trend will be more data centre operators providing cloud services through a relatively static network of facilities — which will, analyst firm Frost & Sullivan recently predicted, see investment in new facilities cooling as cumulative annual growth rate (CAGR) for Australia’s $826m data centre market declines from 18.2% this year to 13.7% through 2020.

This shift is likely to change the way government agencies procure core services, with functions such as contact centre services promising new lines of business for data centre operators engaging partners to help move up the value chain. Working together, they’ll be targeting agencies with cloud-based service bundles built on consistency and predictability.

NEC Australia, for one, recently signed a four-year, $37m deal with the Department of Foreign Affairs and Trade (DFAT) that will see NEC delivering the department’s Global Support Centre Services to 12,000 users around the world using the cloud-based contact centre capabilities it is also delivering to NSW Government managed service provider Service NSW.

The market for cloud-based contact centres is expected to rapidly accelerate. doubling in 2014 to be worth $6.1m and expected to grow at 35.4% annually to be worth $51m in Australia alone by 2021, according to new figures from Frost & Sullivan.

That optimism may be understated based on recent surges in demand, particularly from organisations with small and medium-sized contact centres, IPscape CEO Craig Neil told GTR.

“The product we are offering is simple to use and set up, has around 80% of the functionality that a very sophisticated on-premise solution would have and therefore meets the majority of business needs in this space,” Neil said.

To support its bundled service offerings, IPscape has been implementing ‘pods’ in target data centres that each support around 3000 simultaneous contact centre agents with a range of capabilities, including inbound, outbound, social media engagement, web chat and more.

“It’s probably one of the last applications to come into the cloud because it is so mission critical,” Neil said. “But we’ve got it under control now, and a lot of happy customers are really seeing the financial benefits and ease of use that it offers.”

The cloud delivery model continues to sweep its way into the public service, particularly through efforts by the Digital Transformation Office (DTO) — which is leading by example and recently chose Brisbane-based cloud integrator Dialog IT to roll out the cloud-based Google Apps platform as its core productivity platform. Other agencies are likely to jump onboard as the intensifying ‘cloud-first’ mandate continues to push government bodies to prioritise the use of cloud-based services and to architect their own systems for the cloud world.