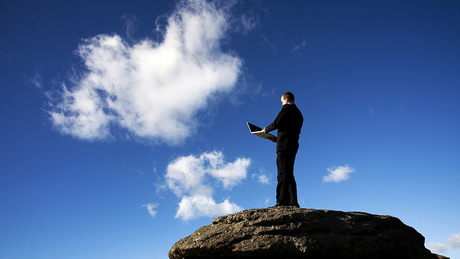 Released earlier this month, the findings of the Productivity Commission’s Public Safety Mobile Broadband review were a big blow for public safety organisations that have been agitating for the allocation of separate radiofrequency spectrum on which to build a nationwide public safety communications network.

The estimated price of such a network — $6 billion — was far too expensive to justify, the review ultimately concluded, instead pushing public safety bodies towards commercial solutions such as Telstra’s 4G mobile infrastructure as they build out new applications such as cruiser-mounted data terminals, body-worn video cameras and wearable heads-up displays.

Telstra has been actively wooing public safety agencies with demonstrations of technology such as its LANES (LTE Advanced Network for Enterprise Services), which allows for the temporary reservation of bandwidth to enable police, fire and ambulance operators to communicate even when congestion from the general public’s mobile usage threatens to lock them out.

Some public safety authorities had pushed for a separate network to avoid congestion due to competition for limited 4G spectrum, but the Productivity Commission’s knockback effectively cements LANES as one of only a few broadband communications options for public safety bodies looking to introduce new services beyond the capabilities of existing digital radio infrastructure.

The report reiterates the need for government bodies to increasingly look at ways of going it alone when building new infrastructure — as in Rockhampton, Queensland’s efforts to bolster the NBN effort with its own local fibre infrastructure — yet the same dynamic seems poised to have a similar effect on government IT infrastructure, which is increasingly being pushed to make the most of commodity, publicly available services whose cloud architecture makes them both highly effective and easily accessible.

Significantly, a recent Gartner analysis pegged a change in this trend by noting that government bodies would increasingly adopt cloud solutions to access better security capabilities rather than to obtain cost savings and agility — two longstanding justifications for cloud investments that have already (hastened by a National Commission of Audit report’s cloud-friendly findings) prompted a significant push towards ‘cloud-only’ government strategies in Australia and elsewhere.

Those investments have often drawn on old hosting-provider models for inspiration, with the likes of systems integrator and cloud provider Dimension Data targeting government with purpose-built solutions and capabilities. Its Canberra-based Managed Cloud Platform (MCP) data centre, which came online last year, was designed specifically as a digital ghetto for government agencies and exists separate from similar Dimension Data facilities in Sydney and Melbourne.

That sort of architecture, however, is quickly becoming passé as government agencies join the private sector in increasingly embracing public cloud operators as well as private cloud owners. Investments by public cloud operators such as Amazon Web Services (AWS), Microsoft and Google will have increased investments in security to levels “more than what most nations could afford, let alone the average government agency”, Gartner Research Director Neville Cannon noted.

Investments by public cloud operators have, for example, seen Amazon Web Services (AWS) this week launch its own digital certificate authority, Amazon Trust Services (ATS), which offers secure sockets layer (SSL) certificates — and the back-end infrastructure necessary to maintain them — to AWS customers for free through its AWS Certificate Manager (ACM) offering. This is one of a range of AWS security processes that the cloud infrastructure giant is using to bolster its credentials with government and other security-conscious markets.

These investments are designed “to continue building confidence that their data is more secure”, Cannon added — and he believes it will work, predicting that by 2018 government agencies in particular will be using security as their top priority in justifying the shift to cloud environments.

That would be a major change in posture from the early days of cloud computing, when governments shied away from cloud providers for information governance reasons and pooh poohed suggestions that cloud providers could provide enough security to match that offered over internal government networks. Yet times have changed quickly, particularly in the wake of the US Central Intelligence Agency’s US$600m contract with AWS to support 17 intelligence agencies on a public cloud infrastructure.

Current and planned public cloud protections will be adequate for both unclassified data and data with low-to-medium levels of sensitivity, Cannon has predicted, reinforcing the growing trend for governments to stop reinventing the wheel unless they absolutely have to. This is part of a broader need, as analysts and observers recommend, for government bodies to move away from cost savings-based discussions about cloud and indeed to grow out of paralysing early concerns about the risk of the cloud that former Ovum analyst Steve Hodgkinson previously told GTR was “the implicit assumption that cloud services are risky, ill-defined and unproven”.

Local governments, in particular, were flagged as keen cloud adopters in a recent University of Technology Sydney (UTS) survey that found cloud computing would be the technology most likely to shape council services in the next 10 years — and that 87% of local governments plan to outsource to help drive technology innovation.

Indeed, the recent 2016 Cisco Annual Security Report found that 23% of organisations were planning to outsource their security, a big jump from 14% a year earlier.