The theory of cloud computing is sound. Paying for technology on an as-needs basis should be a lot simpler than big capital intensive projects. However, it would be a big mistake to assume that any sourcing alternative comes without its own challenges. Cloud is no exception. It would be a big mistake for a CFO to become disengaged on the incorrect assumption that all the IT funding challenges will somehow evaporate.

In late 2013 and early 2014, I facilitated a series of CIO workshops and meetings across Australia, New Zealand and Asia. The findings predictably showed a growing focus on cloud services. However the workshops also showed that the financial management considerations still have a long way to go.

Today it is common to find government IT Strategic Plans that declare a Cloud First or a Cloud Preferred strategy. In a significant step, the Australian Federal Government’s recent National Commission of Audit singled out Cloud for special attention in its recommendations. This is a significant development, as it takes Cloud Services out of the realm of IT specific arguments, and into the realm of whole of government reform.

The time has come to roll up the sleeves and have a considered management discussion about Cloud, using the language of financial management. The promise of Cloud savings will become just an empty promise, unless the benefits can be realised and reflected on the balance sheet.

The theory of transition to Cloud sounds tantalisingly simple. Capital assets are retired or sold off, and replaced by a pay-as-you-go service. However at the point of transition, the reality is a little more complicated. 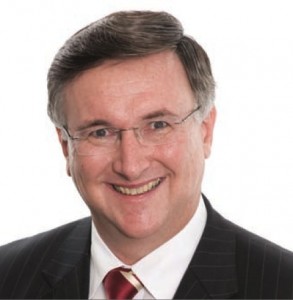 In a series of recent CIO discussions, we found a number of cash strapped government agencies have been 'sweating their assets'. This involves keeping hardware or software assets long past their normal economic life. Typically the asset will have been fully depreciated some time ago, so no more money is being set aside in the Provision for Depreciation account.

This can create a fool’s paradise where the real cost of the asset is no longer being recognised in annual budgeting. In such situations, the cloud transition may appear to be a more expensive option.

This problem can be further compounded if the Provision for Depreciation account has not been managed carefully. Depreciation is a complex topic typically driven by tax rules and accounting standards. However the whole point of financial management is not just about good bookkeeping. It is all about reflecting the actual financial position of an entity and making prudent allowances for the future.

The reality of IT depreciation is frequently very different to the theory. The replacement price of hardware drops over time, while software and wages go up. Also, as usage grows, replacement costs are no longer a like-for-like replacement. The real cost of replacing an asset may be very different, even if the CIO and CFO follow the financial rules to the letter.

When transitioning to a Cloud solution, there simply may not be enough cash available to fund the solution. These problems may not be readily apparent. It is only when the Cloud transition passes the tipping point of infrastructure spending that the budget hole shows up. A savvy CIO should engage the CFO early in transition; otherwise they are just setting themselves up for perceived failure.

For years, CIOs have struggled with the difficulty in proving the business value of IT. Large capital intensive projects require big up-front cash injections. A particular government department may get a lot of hardware and software in return for its investment. However, this spending bears little connection to government policy outcomes as these typically unfold over many years. Cloud offers the potential to finally fix this problem by spreading the costs and linking cost more directly to business activity.

This is fine in theory but the reality may be quite different. Cloud computing is still an emerging market and ICT vendors have a reasonable expectation of covering their costs. Some cloud services contracts still have significant entry and trailing costs. These run counter to the original objective of pay-as-you-go. In the end, this is a question of buyer awareness in contract negotiations.

The transition to Cloud Services has revived memories of earlier sourcing transitions such as the shift to IT outsourcing in the late 1990s and 2000s. Such big transitions are an inevitable part of the ongoing evolution of information technology in the enterprise. However, inevitability should not mask the need for care and prudent attention, particularly in managing the transition. Financial management is an issue that is easily forgotten, but one that can become the source of significant problems if not managed properly.

This opinion piece originally appeared in the May/June 2014 issue of Government Technology Review.