MTC on the job for a faster cloud transformation

MTC's legacy environment was looking tired as the company began exploring its long-term technology options two years ago. A range of existing Microsoft Office installations were scattered across MTC's 30 offices and 530 staff, who deliver employment services to some 35,000 people annually under the auspices of the government's Job Services Australia program.

The organisation had recently turned to a growth strategy that would extend its footprint well outside of the Sydney area where it had previously focused. However, as CIO Branko Ceran worked to evaluate future technology platforms, it became clear that the existing infrastructure wasn't up to the task. 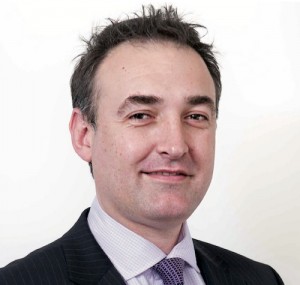 “It was quite old and MTC was expanding quite quickly,” Ceran explains. “As more and more sites were added, the technology and processes around making the technology work had gotten left behind. We wanted to keep expanding, but recognised that we couldn't scale without putting in better systems.”

That realisation led the company towards a cloud-first policy in which it would work to overhaul its desktop applications – as well as its core finance, payroll, ERP, CRM, business intelligence and other applications – to run completely in the cloud.

This complete overhaul of the company's systems was a bold step, but Ceran knew it would allow the company to maintain its growth strategy without being limited by the constraints of old technology.

Nonetheless, the new solution – hosted from data centres in Melbourne and a disaster-recovery facility in Sydney and incorporating Microsoft-hosted solutions in Singapore – presented its own challenges due to the constraints of telecommunications services that are crucial to the effective use of any cloud service.

“With the clunky old systems inhouse, the network was not running very well,” Ceran explains.

“We recognised that the cloud would be a good thing from a cost perspective by taking everything off premise and taking the risk out, but we knew there would be a lot more traffic on the Internet. We really needed to bump that up and make sure that it was not only a lot faster, but a lot more reliable.”

One office, for example, was running a 15Mbps Internet service but Ceran's team calculated that the site would need over 100Mbps aggregate bandwidth to be effective. “There was no way we were going to be able to afford that,” he says, “and even if we were able to do that there was no way to know what the latency would be.”

Because the source and destinations of its traffic were well understood, MTC was able to explore a range of options based on endpoint data compression. It weighed up its options before adopting a Riverbed Networks Steelhead Cloud Accelerator appliance that automatically compresses and decompresses cloud data in transit – reducing overall bandwidth usage and increasing performance.

Designed to accelerate cloud-services traffic, the data-compression appliances were installed at the Australian and Singaporean data centres and switched on. Performance improvements were immediate and significant, according to Ceran.

“We were able to keep that 15Mbps link but have it performing like a 200Mbps link,” he recalls. “The technology also made the latency much lower, and has given us performance improvements of up to 300 percent. Trying to jump that by adding bandwidth would have been a huge cost over 30 sites.”

The improved speed has translated into a much better experience for the company's users, who have enjoyed faster speeds since the new network went live in July 2013. Late last year, MTC added the cloud-based Lync and Office 365 services, migrating email databases for more than 500 people over a process that took around six weeks.

Security was provided through tools including the WatchGuard XTM850 next- generation firewall and WatchGuard XCS770R email security appliance, configured in a high-availability cluster with integrator AKCS to ensure the users were protected even in their cloud configuration. Consistent with the performance improvements of the cloud environment, that element alone has reduced the network and security management burden by 80 percent.

Faster application access has not only reduced the company's bandwidth consumption, but encouraged MTC's employees to more actively use the cloud services to support their work. “Because the users are having a much better experience, they're actually wanting to get more data and work on that data,” Ceran explains.

“Once we overcame the slow network and poor network performance, and introduced much richer applications with a lot more data, we've found that everyone said it was great and they want to do more. We can have online video meetings and there is no impact on the network.”

The additional usage “put an extra load on, but even with that we're still only at 50 percent capacity – and that's with all the optimisation and accelerators turned on. If we turned them off, it would be a much slower network and we would probably struggle.”

Another site previously had 4Mbps connections and is now acting “like a 75 to 80Mbps line”, Ceran said. This performance, in turn, has hastened the return on investment (ROI) for the new environment because lower costs and simpler deployments have allowed MTC to add new sites in two weeks rather than 3 to 6 months as in the past.

“Because everything is off-premise, all we have to do is get these devices in,” Ceran says. “We open up new sites, set up the switches and connect it up and it's working. It's superfast now, and this has all been a game-changer for us." – David Braue