Two of Australia's largest IT service providers have taken the lids off of significant investments in data-centre capabilities designed to capitalise on the growing wave of cloud adoption within Australian government organisations.

Dimension Data, for one, recently took the wraps off of a TIA 942-compliant Canberra data centre from which it will host a variety of cloud-enabling services beginning next year.

The establishment of a new Managed Cloud Platform (MCP) facility in Fishwyck, ACT – its third in Australia and 14th around the globe – will position the company within the secure cloud-services environment, with a facility “tenanted exclusively by Government agencies and their data...in Canberra,” Dimension Data Australia CEO Rodd Cunico said in a statement. 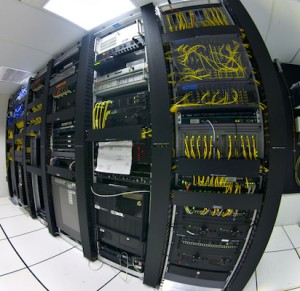 Dimension Data's policy has “been designed with the Government Cloud Computing Policy in mind”, he added. The MCP will connect to the secure Intra Government Communications Network (ICON), run by the Department of Finance, to bolster support within government for its capabilities.

“We want to see the Australian Government reap the benefits of cloud computing in the same way that the private sector has,” Cunico said. “The Canberra MCP has been designed...to allow departments and agencies to adopt cloud services that not only provide adequate protection of Government data but also deliver value for money.”

Services delivered through the MCP will include infrastructure as a service (IaaS) offerings, hosted Microsoft solutions, and support for enterprise applications like SAP ERP.

Telstra, for its part, announced a new environment designed to support management of both UNCLASSIFIED and PROTECTED level data. The services, which will launch in the first half of 2015, will leverage the new, government-certified Australian geographical presence of Microsoft's Azure cloud platform – allowing it to address both government-level security requirements and concerns about data sovereignty by ensuring data is stored in-country.

The environment will be supported by a dedicated “security approved team” operating its secure service operations, the company said in a statement.

“As governments move into a new era of service delivery transformation to meet the current and future digital expectations of its citizens, the ability to use protected cloud services is as critical to their future plans as it is to the private sector,” Erez Yarkoni, Executive Director Cloud, Telstra Global Enterprise and Services said in a statement.

“Telstra’s Government Cloud will provide confidence that the data is safe and hosted in Australia. It will also help enable the public sector to achieve greater efficiency and generate more value from its ICT investments.”

Recent growth in data-centre capacity has won steady support from related service providers such as telecommunications provider National Voice & Data, which has also been taking advantage of the glut in data-centre real estate, recently signing a deal to host its services from Equinix's $66 million ME1 data centre in Port Melbourne.

The deal will position the company as a “'cloud-first' full service telecommunications provider”, according to a statement by Equinix, and will see National Voice & Data's roster of cloud services expanding to encapsulate a second site, following on from the company's existing investment in Equinix's SY3 facility. Both will capitalise on Equinix's Platform Equinix service offering. – David Braue