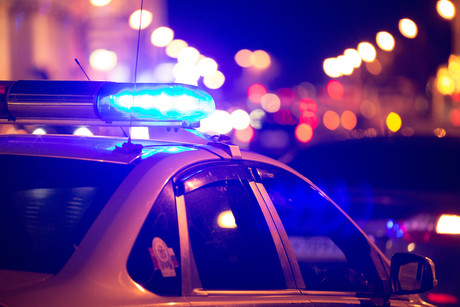 The police force seizes vast amounts of data — including emails, texts, social media posts, photographs and CCTV footage — in these cases. Manually sorting through it all is a time-consuming task, and it can be easy to miss information and connections.

WAPF has taken steps to address this issue by trialling a data and AI platform developed by Victoria’s Modis.

The trial, conducted in collaboration with Microsoft, has involved using Azure-based cognitive services to collect and efficiently analyse data, and to manage translations into English.

The Data & AI solution is designed to use AI techniques to ingest and analyse large qualities of information collected during an investigation, helping investigators make sense of the evidence and find critical connections.

“During the Yorkshire Ripper investigation the West Yorkshire Police were overwhelmed with information. Whilst they interviewed the murderer, (Peter) Sutcliffe, on nine separate occasions, the information management challenges were very obstructive. Put simply, they were unaware of information which they had,” he said.

“Whilst information technology alleviated this problem for a while that grace period is now over. The same technology which saved us is now swamping us with incomprehensible quantities of information. Something has to change, and that’s the point of the Data & AI platform proof of concept — to help us find the important information we don’t realise we have.”

Early results have been encouraging, Thomas said, with the platform able to analyse hundreds of thousands of images within hours, and to identify links in the evidence that might take a long time to identify manually.

It has managed language translation in five minutes that has previously taken 12 months, and to find connections in the evidence within 24 hours that had not been discovered during an investigation that had up until then been running for six weeks.

Furthermore, because the platform is only identifying the relationships that exist within and between police information sets, the discoveries made during the platform are easy to use in court.

“The new platform will be a paradigm changer for police. At the simplest level our analysts and investigators will recover hundreds of hours of time which they were spending on mundane data management tasks, and we’ve barely begun to explore the high end potential,” he said.

“I’ve seen the Data & AI platform present complex information patterns in minutes; it does things which we just couldn’t do before. I can’t begin to tell you how profound the change is going to be, it truly is the art of the possible.”

During the pilot, WAPF measured 90% productivity improvements in terms of its ability to use digital information in an investigation.

Eventually WAPF aims to be able to use the platform to complete tasks such as showing every photo taken by a camera under police possession, which could help police track down child pornographers or even identify victims who were not previously known, Thomas said.