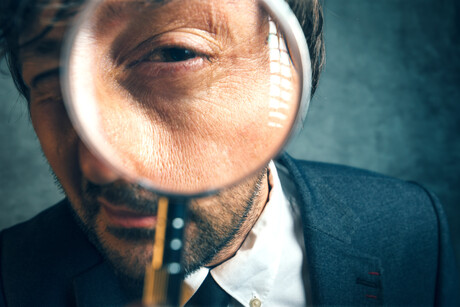 ‘Capitalising on Curiosity’, a survey of senior business leaders and employees across Australia, found that Australian leaders who strongly agree that their organisation has a curious culture, saw annual turnover growth of 20.52% on average over the last 12 months; more than three times the 6% average growth in turnover experienced by those who only somewhat agree.

Business leaders at large organisations2 that are very curious report turnover growth that is 10.67 percentage points higher than those who are not very curious, which could deliver additional growth of $2.5 million in annual turnover, based on ABS turnover data for businesses of this size. Medium-sized organisations3 that are very curious could see an extra $1.7 million and small businesses4 an additional $550,000 in annual turnover5.

More than eight in 10 (82%) of senior business leaders in Australia believe a culture of curiosity is important for their organisation to adapt and grow in a post-COVID world but only four in 10 (44%) strongly agree their organisation has a curious culture. The most common challenges senior business leaders say they would be better equipped to handle with a more curious culture are: employee engagement (41%); being able to adapt to changing market needs (40%); and dealing with staff retention (36%).

Despite the positive link between curiosity and business growth, four out of five Australian employees (82%) say there are barriers to asking questions and being curious in their organisation. More than eight in 10 (85%) of senior business leaders across the country feel the same, admitting that talk about encouraging curiosity is not always supported by action.

“Creating and nurturing a culture of curiosity in an organisation takes time, but ultimately it will strengthen your ability to be agile, adapt and innovate. At a time when businesses are experiencing more uncertainty from the pandemic, fostering a curious culture can be hard but it’s essential to build resilience and drive growth.”

“Building curiosity in your organisation is like building a muscle that helps to keep you fit through all kinds of challenges. We were able to flex our curiosity muscle in real time during the recent floods. We provided the time, space and opportunity for our staff to engage with people in affected areas to proactively identify issues and collect data that will ultimately improve Council’s service offering to the community during extreme weather events in the future.”

Curiosity to attract and retain talent

In a market where the battle for talent has never been tougher, seven out of 10 Australian employees (72%) want to work for a curious organisation, and more than half (52%) would leave their current job for a similar role in a more curious organisation.

While employees are less inclined than leaders to categorise their organisation as having a curious culture (67% versus 89%), the research found clear links between curious organisations and employee satisfaction.

Those employees who believe they work for an organisation with a curious culture are almost twice as likely to say they are satisfied in their current role (81% compared to 44%) and feel engaged at work (83% compared to 42%) than those who didn’t.

Battling fatigue in a world and workplace that is changing rapidly is also a factor, particularly in larger organisations, with one in three (32%) employees from large enterprises saying employee burnout is a barrier to curiosity.

The research found that employees in more curious companies are better equipped to answer, and more capable of answering, questions using data than those who say their organisation is not curious.

“An organisation’s ability to truly realise the value of technology comes down to how well its people understand data and apply human curiosity. Asking the right questions at the right time and being confident to seek out data and draw conclusions leads to better decision making and, ultimately, enables organisations to be bolder in approaching business challenges and able to take action on an idea with an informed approach.

“This understanding and confidence is key to the continued growth, success and transformation of Australian and New Zealand organisations, especially during the period of disruption we currently find ourselves in.”

Barriers to cultivating a curious culture

Australian employees identified a lack of reward or encouragement as the biggest barrier to curiosity while business leaders pointed to too much pressure to deliver on short-term goals.

Almost half of employees (47%) believe they are not rewarded for their curiosity and two in five (43%) feel they are not given time to be curious at work. Meanwhile, over a third (39%) say that asking questions and challenging the status quo is not encouraged within their organisation and this jumps to almost half (44%) of employees working for large organisations in Australia.

“Being able to challenge and debate ideas and assumptions is critical for building a curious culture, but being curious and asking questions instead of jumping straight to conclusions takes time. SAP’s research suggests many Australian businesses are not giving employees the time or the space to be curious.

“Business leaders who are serious about futureproofing their organisation against the current climate of uncertainty need to start role modelling curiosity, giving staff time to explore and experiment, and rewarding curious and creative behaviour within their organisations,” Imber said.

Notes on the study:

NSW water utility Riverina Water will use the Infor CloudSuite Public Sector to support its...

Kyndryl has been formally recognised by the DTA as a 'certified strategic' service provider.