Queensland’s Ipswich City Council (ICC) has made a significant commitment to cloud-hosted services by committing to move its entire datacentre infrastructure to a cloud-computing model hosted by solutions provider Data#3.

The deal reflects a significant change in operating strategy for the council, which administers services for nearly 300,000 residents southwest of Brisbane. The new deal – which encompasses a multi million-dollar, multi-year commitment to Data#3’s ‘As a Service’ Cloud – will see all of the council’s systems moved into a cloud environment hosted both in Data#3’s Ipswich data centre and in a companion site in Sydney. 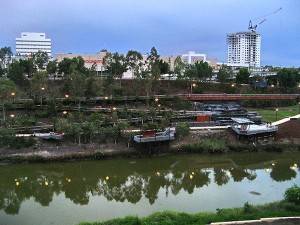 Data#3 managing director John Grant was enthusiastic about the deal’s scope and its implications for the company’s Technology Consumption Model, which he said in a statement is helping the company build customers “a fit for purpose Hybrid IT environment.”

“There are few organisations of ICC’s size in Australia that have embarked on such an innovative datacentre transformation,” he added, “and we’re very respectful of the confidence ICC has shown in our cloud and in the ability of our team to migrate their datacentre technology to it.”

Ipswich mayor Paul Pissale saw the contract as a natural next step for the council, which had already been working with Data#3 for computer and IT support services.

“Moving to the cloud is the way of the future and affords council greater efficiencies, flexibility and reliability,” he said, also in a statement. “With the increasingly rapid rate of change in the way we do business, it made good financial sense for Ipswich City Coucnil to take this next logical step to store data in the cloud.” – David Braue

Research soon to be unveiled reveals that most Australian executives (89%) believe their...