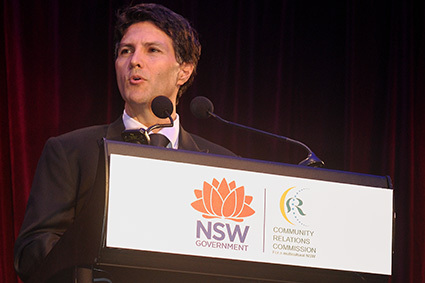 During a keynote at the IFIP World Computer Congress in South Korea yesterday, Dominello told delegates he is determined to implement data sharing requirements despite strong resistance from some bureaucrats.

“When I served as Aboriginal Affairs [Minister], I saw some appalling examples of inefficiency and duplication, simply because different agencies didn’t know what each other was doing,” he said.

“By sharing data and coordinating our efforts more effectively, we can improve the quality and relevance of services we provide to our citizens. Even after just two days here in Korea, I’ve been hearing the same messages that I hear back home — that governments fail to share the data and that we live in silos. But information is power.”

Dominello said the ministry has taken cues from the New York Mayor’s Office of Data Analytics (MODA), identifying two obstacles that will need to be overcome with the NSW DAC.

The first is the need to establish a baseline and clear business case, and the second is to give the agency the legislative power to efficiently gather the data.

“We have problems to solve that cannot be addressed in silos, and we will need that legislative push to make it happen. Data analytics will give us both the detail and context so when we perform complex social policy operations, we have all the information at our fingertips,” he said.

Legislation is also required to overcome the bureaucratic resistance to the opening up of government data, Dominello added.

The minister has also used his trip to South Korea to visit some of the nation’s key data analytics facilities, including the Big Data Institute at Seoul National University.