Taking steps towards a data-driven citizenry 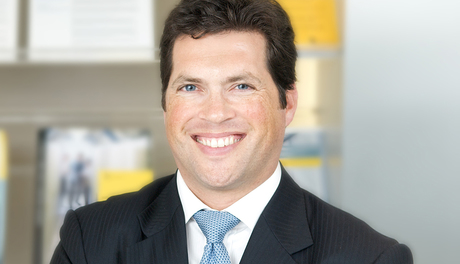 The NSW Government’s Data Analytics Centre signals a step towards a data-driven citizenry, greater government accountability and the chance to discover new opportunities.

Government efficiencies are something we can often be quite critical about. We’re all quick to complain and share our opinions on how to improve transport, housing affordability or alternatives to lock-out laws. However, the main complaints are usually based around government being perceived as too ‘slow’ and not making use of the latest technology.

While the latter point does sometimes ring true, the New South Wales Government’s announcement of the Data Analytics Centre (DAC) shows that changes are afoot. As a world first, the DAC will act as a single coordinating entity for government data analytics work. It will also act as a port of call for industry members and non-government organisations interested in leveraging state data for their own purposes.

Victor Dominello, Minister for Innovation and Better Regulation, often opines how data is the highway to our digital future. He sees that data collaboration ultimately supports building a better state by solving issues such as transport infrastructure, housing and crime prevention.

With access to the state’s data, the DAC signals a step towards data-driven citizenry and greater accountability. It provides transparency and therefore greater trust in government bodies. Having access to the raw and hard facts will help people better understand why and how decisions are made, which can lead to better acceptance of policy decisions once enacted.

There are also findings to suggest that data access can lead to exposing corrupt politicians. For example, in the early 2000s, the Brazilian government selected and audited municipalities at random, then released audit reports to the media. Research found the audit had a significant impact on whether politicians were re-elected into office.

The other side of the coin is that, given access to these raw materials, citizens are empowered to engage and contribute ideas for better policies and improvement of public services. With self-service analytics, it’s as a simple as downloading the data and uploading it into analysis software. It not only cuts out the middleman, but it could also save time in coming up with a solution. When responses and resources need to be marshalled quickly, giving everyone access to data allows for a faster response and a bigger pool of ideas on how to resolve the issue.

Public data is also a key resource for social innovation and economic growth. Dominello noted that the DAC will create an environment where researchers, start-ups and companies can work directly with government experts.

Insights gained from state data will not only enable better business decisions, but will also allow us to discover new opportunities to explore. Entrepreneurs will be able to better understand potential markets and build new data-driven products.

So during the next pub debate about lock-out laws, why not pull out the data and look at alternative ways to reduce alcohol-related violence? After all, with access to government data, anyone can analyse the facts and propose solutions to better our state.