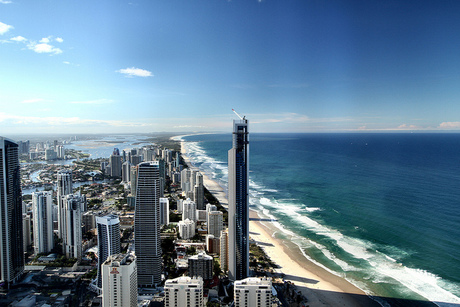 Citizens are just as concerned that governments use technology to help them prepare for severe weather events as they are on initiatives such as smart lighting, transport information and intelligent parking, a report into the potential of local government IT usage to drive economic growth in south-east Queensland has found.

South East Queensland: A Smart Region is the first geographically based report by Cisco Systems, which has taken a growing interest in facilitating the use of core networking, wireless and Internet of Things technologies amongst governments that are increasingly turning to technology as a competitive differentiator.

The more than 1000 citizens surveyed had come to expect more proactive use of technology to improve their lives, the report found, with real-time availability of information about public transport and other public services identified as a key service-delivery target for government bodies.

Some 70% of respondents believed real-time data could help better plan the management of water storage, with sensors providing valuable information about the movement of water throughout the flood systems. Fully 82% of respondents believed real-time data would provide a better understanding of developments and changes across the stormwater system.

This finding — linked to the region’s suffering caused by numerous flooding events in recent years — was a surprising result for Cisco ANZ Director of Consulting Darren Scott, who told GTR that it reflected citizens’ hunger for better information about the region they live in.

“Citizens are looking for greater engagement and intimacy,” he explained. “Just as they use their smartphones for a range of information services, they expect the same level of anywhere, anytime access from government.”

Better visibility of public transport services is one such example. Some 75% of respondents said that real-time information is either important or extremely important in their lives, with recent initiatives by regional transport authority Translink paving the way for better use of real-time transport data.

This would, for example, include greater accessibility to current route, delay and congestion information through smartphone apps and proactive notifications from transport authorities.

With just three years left until the world converges on the Gold Coast for the 2018 Commonwealth Games, the region — still basking in the success of the recent G20 Leaders’ Summit — still has time to move on its IT potential and showcase itself as a region with global stature.

However, doing so will require more than just technology gimmicks, Scott warned. “This is the challenge to government organisations: to be able to provide those services to citizens and keep their infrastructure running as efficiently as possible. Across the country and globally, this really is becoming a competitive differentiator.”

A regional approach would prove more effective in the long run than if one city approaches the issue on its own, Scott said: even a mundane example such as sharing transport information raises jurisdictional issues, since state transport authorities and regional governments each curate information that may impact the citizen’s overall experience of a transport service.

This would require governments to maintain horizontal and vertical partnerships that not only look for ways to exploit new technologies, but look at ways of ensuring data is shared where and as it needs to be, to deliver seamless citizen experiences.

“A lot of the smart city debate in recent years has been around technology,” he said, “and that really is there to provide more cost-effective, equitable services to citizens. But there is also more around how government is organised to be able to provide these services across different silos in government. There needs to be a coordinated approach between local and state authorities to facilitate it.”

Cisco’s report is its first smart-region survey, but the company expects to take a broader ongoing view with a future Smart City Index that will track the usage of new technologies to improve citizen service delivery.

The company isn’t the first IT giant to take an interest in public-service delivery: IBM has been involved in smart-city programs with the likes of Townsville and Geraldton, where extensive reviews have identified a range of initiatives that could improve council operations and service delivery.