92% of GPs have signed up to My Health Record 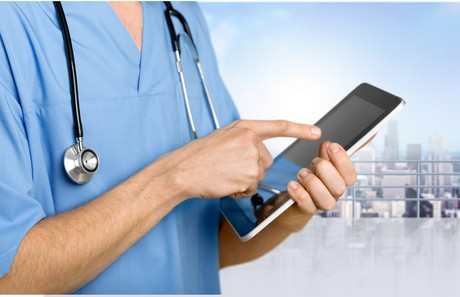 More than nine in 10 GPs and more than four in five pharmacies have registered for the My Health Record system.

More than nine in 10 general practitioners and more than four in five pharmacies across Australia have now signed up to use My Health Record, statistics from the Australian Digital Health Agency shows.

The agency said GPs are leading the charge in terms of signing up to the digital health system. As of the end of April, 92% of GPs were connected to My Health Record.

Of the 15,700 healthcare provider organisations registered at the end of April, 7060 were general practice organisations.

Meanwhile, over the 12 months ending in April there was a 13% increase in the number of shared health summaries uploaded to the system by GP organisations, according to the agency. The number of uploaded prescription records grew by 52% over the same period.

“My Health Record now offers us the next big leap in the use of the computers on our desktops,” he said. “Once GPs have that ‘light bulb moment’ when they realise, for the first time, that they can access information such as pathology results and hospital discharge letters, they will realise that they will be able to make better informed decisions about patient care in the future.”

While adoption rates remain lower overall in the pharmacy sector, with 83% of pharmacies having registered with My Health Record by the end of April, this marks a substantial increase from the mere 33% recorded 12 months prior.

In marked contrast to the GP adoption rates, the highest percentage of pharmacies registered to My Health Record can be found in Tasmania (97%) and the Northern Territory (97%), while the lowest adoption rate was recorded in Western Australia (74%).

“The agency has invested heavily to connect pharmacies to the My Health Record system to help reduce the number of medication-related hospitalisations each year,” Agency Chief Medical Adviser Clinical Professor Meredith Makeham said.

“It can be easy to lose track of your medicines, particularly if you’re taking more than one and don’t have a regular GP or pharmacist to help you keep on top of what medicines you need. My Health Record ensures that no matter where you are, or which healthcare provider you see, your medication details are available in one place.”

But the statistics also show that nearly 10% of Australians eligible for Medicare have chosen to opt out of the My Health Record system. The government was forced to extend the opt-out period for the system due to widespread privacy and security concerns among citizens, and the rush of Australians choosing to opt out ahead of the 15 November deadline crashed the hotline set up to manage opt-out requests.

The government was also forced to pass legislation that will allow Australians to opt out of the system at any time after the deadline and have their records permanently deleted.

The amendments also require law enforcement and other agencies to obtain a court order before accessing My Health Record information, and explicitly prevent access to the records by insurers and employers.

Governments will struggle to complete tech optimisation or modernising plans if they're not...

Australia Post's Decipha developed a mailroom digitisation solution that can be deployed in...

VCAT gets digital upgrade to cope with COVID-19

The Victorian Government is spending $5.2m for an upgrade aimed at allowing the Victorian Civil...

When cleanliness matters, knowledge is power