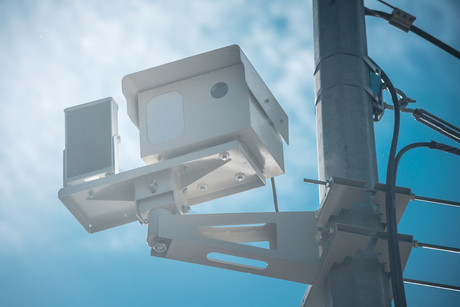 As early as the 12th century, some form of the phrase “All roads lead to Rome” was in common parlance. In the 1390s, the English poet Chaucer (author of The Canterbury Tales) wrote “right as diverse pathes leden the folk the righte wey to Rome”, in A Treatise on the Astrolabe. Used today, it means that different paths can lead to the same goal.

In the world of artificial intelligence, the same could be said today: there are many techniques that can support decision-making from rule-based systems to artificial neural networks, to fuzzy models and swarm intelligence.

Public sector agency leaders are often confused by the multitude of approaches, and even more bewildered by how to apply those approaches to their day-to-day problems. There is a common belief among leaders that only large or complex problems require AI. In fact, while AI can and does tackle big, hairy problems, it can also be used for problems that simply require a lot of time and human effort.

Public sector agency leaders need to evaluate what problems they want to solve, or what decisions they are making regularly that they would like to make faster or more cost-effectively. One Australian agency is using AI to make decisions that could be the difference between life and death.

As with most developed countries, crashes at intersections make up almost 50% of all road accidents. The commission’s data and intelligence team needed to identify where to place red-light speed cameras, which is a proven and effective way to stop these intersection crashes.

Before the use of machine learning algorithms, the team manually ranked road intersections using killed or seriously injured (KSI) statistics, poring over historical crash data in Microsoft Excel. Some data they analysed (eg, vehicle information) was held by other agencies.

Using SAS, the commission was able to rapidly prototype a machine learning model to produce a probability of KSI crashes, assessing intersections by risk, not by crashes. As a result, the complete analytics lifecycle for a project — from data engineering to data visualisation — has dropped from 100 to just 20 hours. Although just in the early stages, a test scenario using the machine learning method estimated a 25% reduction in crashes compared to the previous method.

In this case, as in many other examples of using AI in the public sector, the advantage of speed-to-decision coupled with increases in safety has transformed the commission’s efforts in promoting road safety.

A critical element of RSC’s success is the emphasis it placed on developing a self-sufficient platform. It brought the advanced analytics in-house and now relies on its own analysts, rather than hiring consultants or academics to produce reports and models. In addition, enabling the team to serve up various coding languages using SAS has lowered the threshold to the successful use of AI.

Even though its roads do not lead to Rome, Western Australia has shown that its roads can be safer by combining the automated accuracy of artificial intelligence with the nuanced judgement of human intelligence.