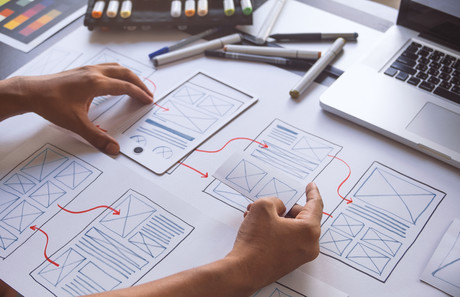 Australian Government agencies are still lagging well behind the private sector in terms of delivering products with a superior user experience (UX), a new report finds.

The report from government-focused consultancy Intermedium and Esri Australia concludes that despite all the focus on user-centric thinking among Australian government agencies, UX maturity remains low.

The report estimates that state and federal government agencies will spend at least $12 billion on digital initiatives in the current financial year, and some agencies are allocating up to 20% of their total project budgets to UX.

But for other agencies, spending on UX research requires redirecting funding traditionally set aside for the design component of a digital build.

Respondents also reported facing difficulty gaining support for the inclusion of UX-specific budget allocations across the lifespan of a project.

UX advocates also report being frustrated that the public servants responsible for controlling budgets are often too far removed from agency operations to understand the importance of and benefits of improving UX.

Agencies are also reluctant to outsource UX design even if they do not have the skillsets available in-house. Departments are instead using materials and tools developed by their counterparts with larger UX budgets, such as the Digital Transformation Agency’s Digital Services Standard.

According to the report, every dollar invested effectively in improving UX at the design phase has the potential to return either $10 or $100 compared to whether problems with the user experience need to be fixed during development or after a product’s release, respectively.

Other respondents reported that it is not difficulty securing budgets that frustrates UX activities, but the time that UX research and design consumes.

Australian federal and state governments are meanwhile at different stages of maturity in terms of the adoption of whole-of-government approaches to UX design and planning.

The report used a metric to calculate whole-of-government user maturity scores based on the three pillars of intent, allocated resources and governance. It evaluated states and 16 individual agencies based on four stages of UX maturity — unrecognised, considered, committed and established.

It ranks the NSW (8.75) and federal (8.25) governments as being national leaders, followed by Queensland, Victoria and SA (8.00 each). WA (6.75) and the ACT (5.5) are less mature, with the NT and Tasmanian Governments having the lowest level of maturity among all jurisdictions (4.5).

Five of the nine jurisdictions reached the top of the maturity scale used for the calculation, and no jurisdiction fell below the “committed” level in their UX maturity score.

But UX maturity remains low across many agencies despite these whole-of-government efforts, the report found.

Maturity varies significantly across sectors. Departments with jurisdictions covering issues cutting across entire states — such as transport entities — are further along in UX adoption due to facing greater pressure to provide services that meet taxpayers’ expectations. But more niche departments with less citizen interaction are less mature.

In addition, only a few agencies have internal staff dedicated to ensuring user-centred thinking is a key consideration in their projects. A number of agencies also report being reluctant to invest in UX until there is evidence that KPIs can be implemented and adhered to while measuring usability performance.

Another common problem identified among respondents is an over-reliance on the traditional waterfall project management approaches rather than agile design approaches, which often leads to decision-makers cutting back on time-consuming UX activities as the launch date looms.

But other respondents reported that the relationship between agile design and UX is not necessarily complementary, with the inclusion of UX methodologies often slowing down agile design processes by enforcing regimented, purist UX work at every iteration.

All study participants agreed that widespread adoption of UX in an agency hinges on the existence of a change agent in a senior position.

But the study found that “the business case for UX activities can be difficult to communicate to senior executives who do not yet recognise the benefits of UX. As such, the inclusion of UX components as part of the budgeting process relies on the support of senior figures and strong business cases.”

Respondents also reported difficulty gaining the traction needed to “change the culture of an entire organisation with entrenched bureaucratic processes that limit deviation from the status quo”.

The report found that agencies are incorporating a number of approaches to exploring user insights to improve the UX design process, with the most popular methods involving directed and non-directed interviews with users, as well as usability testing.

But some agencies are exploring more sophisticated methods. These include eye movement tracking for users trying out beta products, tree tests to determine whether a product has an appropriate information architecture and content hierarchy, and the development of user personas designed to act as a realistic representation of key audiences for a product.

Another technique becoming a go-to method for governments looking to design services around user needs rather than their internal structures is life journey mapping, the report found.

Life journey mapping involves developing government services based around a range of common life events, such as births and deaths in the family. The federal and NSW governments are leading in the adoption of this emerging technique.

The report recommends that agencies seeking to build UX capabilities start with analysing and scoring their existing UX maturity.

“UX maturity scoring allows organisations to analyse their current situation, providing a benchmark by which they can measure future changes in their approach to resourcing, policy and process,” the report states.

“As a starting point to address opposition to UX adoption, maturity scoring also helps to highlight the extent to which an organisation is already being guided by user-centred thinking.”

The report provides a template for agencies to conduct this UX maturity benchmarking. It recommends UX advocates ask five questions about their organisation: