Australians use online government services more than citizens in any other country, but satisfaction with those services continues to lag that of services in the United States and UK, a large Boston Consulting Group survey of Internet users has found.

The organisation surveyed nearly 13,000 users in twelve countries – including the US, UK, France, Netherlands, Denmark, Australia, Singapore, Malaysia, Indonesia, the UAE, Saudi Arabia, and Russia – about their experiences with 37 different online government services in 10 categories. 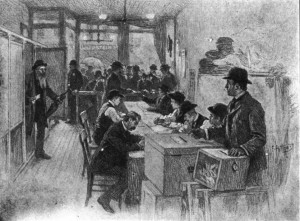 "The gap between online government services and those delivered by the private sector has been closing a lot over the last couple of years," BCG global topic leader in service delivery and e-government Miguel Carrasco said in a statement.

Noting the improvements delivered by online services like mygov and the Department of Human Services' Express Plus app, Carrasco noted that "the public sector has made a lot of progress making services available online, but Australia like many countries is not moving nearly as quickly as citizens would like."

Many government organisations are not moving as effectively as citizens would like, either: fully 55 percent of the users in the survey said they had experienced problems while using online government services.

Ease of use was the biggest problem, with many users saying the processes they accessed took too long, were too difficult or they couldn't find what they needed. BCG analysis suggested that "the uptake of many existing services in Australia could be improved by making websites simpler and easier to use, and by providing greater reassurance on the privacy of information."