Building cities of the future 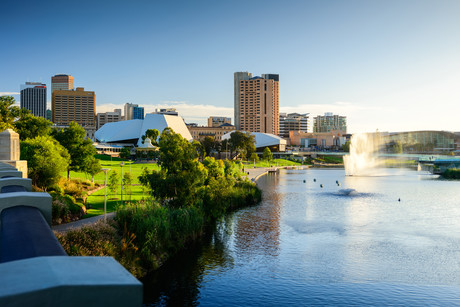 Local governments around Australia are implementing strategic plans to place themselves at the forefront of the smart cities revolution.

Twenty years ago, no-one had heard of smart cities. Today, the concept is rapidly growing all around us. And in 20 years’ time, any city that hasn’t become smart will seem like a quaint and somewhat bewildering relic of the past.

According to analyst firm Gartner, the global smart city market is expected to exceed US$1 trillion in 2019, rising to US$3.48 trillion by the end of 2026. India alone plans to develop more than 100 smart cities by modernising some of its medium-size cities. And Australian cities and towns are jumping on the bandwagon, racing to implement strategies that will improve efficiencies and boost the bottom line, all while providing better services to their communities.

Addressing the Australian Smart Communities Association’s annual conference in Adelaide at the end of May, Martin O’Malley — former governor of Maryland, former mayor of Baltimore and a respected authority on technological change — said the South Australian capital is perfectly placed to harness big data and the Internet of Things to make the city the ‘smartest’ in the country.

“When you have government, business community and thought leaders committed to embracing new technology, you can completely rethink how cities are planned and operated to develop economic and social growth,” Governor O’Malley said.

“I’ve seen a new way of governing emerging — a change that’s being brought about by smart cities.

“Cities that understand that spatial intelligence allows us to better reduce crime, better manage traffic and understand what’s going on at any given point in time in our city. This visibility to see, track and act ultimately delivers better data-driven decisions.” 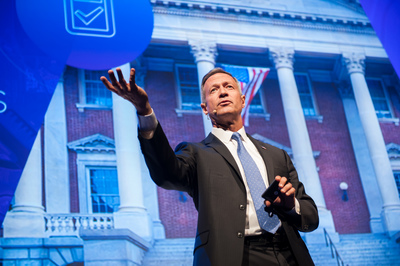 integrating data sets from a variety of sources and visualising them across a time-space continuum, decision-makers can see more clearly the cause and likely remedy of even the most complex of issues,” said Brett Bundock, managing director of geospatial technology firm, Esri Australia.

“Adelaide is showing real leadership in this space.”

“The technology is here. By displaying big data, policy and program information on a map, a clear picture emerges that can show the best ways to target resources, track performance and communicate with the public,” Bundock said.

The South Australian capital is also the first non-US city to sign up to the Smart Gigabit Communities Program run by US Ignite, which bills itself as fostering “the development of next-generation internet applications with transformative public benefits for the education, energy, transportation, health and manufacturing industries”.

“This has the potential to deliver important advances in areas such as health care, education, public safety and other priority areas using advanced internet applications that are not yet available on today’s commercial internet.”

“We’ve launched a four-year strategic plan to look at a range of measures including reviewing our own fleets, procurement practices, leading by example over the installation of solar PV over more of our buildings,” he said.

“Point one in that strategic plan is to become a smart city. This relationship between data speed, the environment and automation to some degree is converging.” 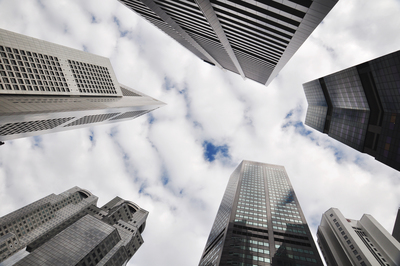 Located about an hour’s drive north of Brisbane, the Sunshine Coast is Queensland’s third most populous region, and home to a thriving tourist market. It encompasses such well-known destinations as Noosa Heads, Caloundra and Maroochydore. With a little over 300,000 residents, it ranks as Australia’s ninth-most populated area.

But with the population expected to expand by 40% over the next 20 years, Sunshine Coast Regional Council faces significant challenges in coping with demand for services while being pressured by ubiquitous revenue constraints, while also desiring to advance in an environmentally friendly and culturally sensitive manner.

To this end, the council has positioned itself at the forefront of the smart city revolution, with ambitious short- and long-term plans to reinvent the way in which many services are provided, as well as the introduction of new services, all energised by the latest technologies.

The Sunshine Coast partnered with Cisco and Telstra in 2014 to develop a comprehensive plan for the municipality. According to the resulting Smart City Framework, published in 2015, the council aims to use “information and communications technology… to improve quality of life, stimulate economic growth and ensure environmental sustainability throughout our region”, with expected benefits to include:

Michael Whereat, the council’s Smart City Framework Co-ordinator, said that part of the plan is to demonstrate that the city is a “cutting-edge, investment-attractive location for people to move to from a business as well as from a residential perspective”.

“What we’re actually doing is digitising the urban environment, and by that I mean the IoT, the sensor networks, the connectivity arrangements,” he said.

“We’ve been working on it for a number of years and have quite a bit of investment in the way we’re doing it.

As one example, the council has smart sensors that turn on watering systems if the weather forecast says there’ll be no rain in the next 24 hours. But if it’s in a public park, citizens won’t get wet because the system can sense their presence using Wi-Fi to detect their mobile phones. “We have that operating right now,” Whereat said.

“It’s an integration approach where we’re not working on silos, we’re actually joining the dots together,” he added. “So it’s that kind of intelligence approach [that makes] Sunshine Coast one of the leading cities in Australia, because we are already applying these learnings in a fairly broad scale across the region.”

Whereat said one thing the council is particularly proud of is its flagship smart centre in Caloundra, where members of the community can come in and learn what is being done.

“We use a living lab to test before we deploy at scale, so we learn that these things do in fact integrate at a technology level, not just visually and financially. If they fail, we want them to fail fast and move on to the next thing,” he said. “So it’s a kind of entrepreneurial approach.”

Whereat is also president of the Australian Smart Communities Association, which counts among its members more than 130 local and other governments that represent more than 12 million Australians citizens. The association’s 2017 conference brought together experts from around the country.

“The conference is about being able to collaborate and share at a national scale,” he said.

Whereat added that although Australia is not the first and not necessarily best in the world when it comes to smart cities, “Australia is a high technology adopting nation, and despite the fact that we’re only 24 million people, the fact that across such a huge continent we are deploying agricultural equipment that uses smart farming, through to [solutions for] our urban environment, means that we are pretty well placed”.

Where to now for low-code?

ACCF appoints new director to board

Time to rethink our approach to using cannulas

Automation can lead to better patient outcomes in health care