Case management for protecting the vulnerable 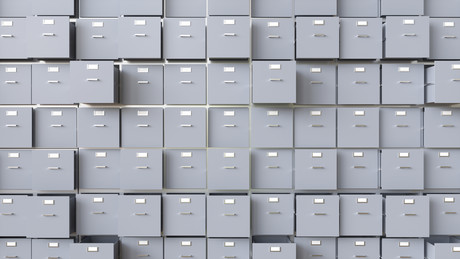 Case management is a complex endeavour that needs sophisticated solutions able to handle the intricacies of real-world situations.

Case management is one of the most important functions a government department or agency can undertake. Unfortunately, it can also be one of the trickiest, full of intricacies and pitfalls, particularly if the solution being used does not have the flexibility and know-how to handle all the complexities inherent in the field.

Case management is not the same as servicing requests and answering queries. “It’s not a problem where you accidentally disconnect someone’s mobile phone by mistake — it has actual consequences,” said Graeme Turner, Federal Government CX Lead for Oracle.

And those consequences can be dire. There have been situations in Australia where, for instance, a foster child has been killed by a foster parent, due to an inability to connect the dots within the case management system. And there was a scenario in South Australia where a case worker was distributing pornographic images of the children they were managing.

This shows the complexity of the system, where even case workers can themselves can be the subjects of cases. According to Turner, a good case management system looks at roles, not just identities. He gives the example of a person informing police they suspect their next-door neighbour is dealing in drugs. In this instance, the suspected drug dealer becomes a person involved in the case, but so too does the informant. Everyone involved needs to be assigned a role within the case, so that information and dealings can remain separated or brought together as the circumstances dictate.

But instituting a case management system can be hard work, and Turner said he is “frustrated” by continuing problems in this field. In particular, he’s concerned that some vendors of software solutions are portraying their systems as capable of meeting all the complex expectations of a full case management system, yet delivering something far less than appropriate.

“It’s something I’m passionate about,” Turner said. “It’s not about software or cost efficiency or ROI. It’s not about increasing shareholder value or customer satisfaction — it’s actually about protecting vulnerable people.”

Doing both kinds of case management is often a necessity, as quite often a person can fit into more than one category. For instance, someone from overseas might be wanting to stay in Australia — an immigration matter — but they might also be a potential terrorism threat — a security matter.

For this reason it is important that different departments and agencies have means of cross-talking to account for these situations. According to Turner, this capability does exist “but it is a little bit simplistic at the moment”.

As an example, according to Turner many states have historically kept their domestic violence, child welfare and foster care case managements systems completely separate from each other… primarily because those systems didn’t have sophisticated security models built in. “What that means is they can’t make those links between the child that’s in a foster home and when there’s a domestic violence situation in that same home,” he said.

“Historically that was extremely difficult to do in some of the older applications, whereas now… software applications are getting much better at being able to filter the information but still allow things to be related together.”

Many federal government departments have long used case management software supplied by Siebel (since acquired by Oracle), as for a long time it was the only software that could handle the concept of one person being involved in multiple cases and having multiple roles within those cases.

Case management solutions now exist in as-a-service forms, but “There’s a little bit of fear, historically, with your subscription-type solutions around where is the data going to be kept, who has access to that data and those kind of things,” Turner said. “Especially because historically the SaaS providers have all had their data centres outside of Australia, and the federal government is pretty strict on that.”

He adds that government departments have already made multimillion-dollar investments in their on-premise solutions, and so they sometimes adopt an ‘If it isn’t broken, don’t fix it’ attitude when it comes to moving to solutions supplied by managed service providers.

Added to this is the issue of privacy and the rise of mandatory data breach reporting legislation and GDPR. What effect has this had on governments’ approaches to case management? “It’s made them more aware and it’s made them a little bit more risk averse,” Turner said. “If they’ve got these nice, big on-premise systems sitting there, they’re not at risk of those kinds of data breaches” that might come from outside solutions.

The need for case management is not confined to health and welfare; Turner said it extends to other areas as well, such as financial services and telecommunications, which can range in complexity from the simple to the intricate. “Stuff like ‘My mobile phone has stopped working’ is pretty simple, but when you get into those ombudsman-type cases then they can become a lot more complex,” he said.

Private enterprise is often seen to be streets ahead of the public sector when it comes to many areas of IT, so is that the case with case management too? “I’d probably argue no, because of the type of things the government needs to do around national security and borders and things like that,” Turner said. The kinds of issues that government departments and agencies have to deal with make it essential that the public sector be on top of its game.

“There’s a little bit more public exposure when they get things wrong, so I’d almost say the government is a little bit ahead,” Turner said.

The Office of the Australian Information Commissioner has outlined the requirements for agencies...

The Public Safety Business Agency was established by the previous government to provide ICT...

The UK government will shortly appoint a Government Chief Data Officer as part of its newly...