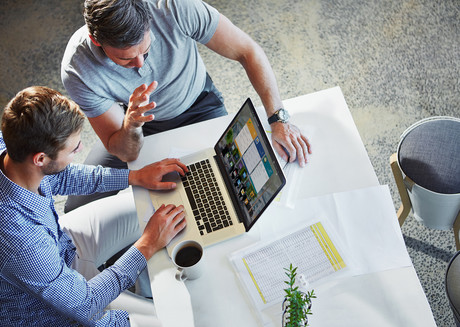 The merger of several Sydney councils is seen as a golden opportunity to reboot and rationalise the new municipality’s entire software suite.

The forced merger of councils in Sydney has been in the headlines for years, and with those mergers now taking place the rubber is really hitting the road. But when it comes to the impact on the IT operations of one merged council, it is hoped that that road will be a brand new, six-lane freeway rather than an old, clogged suburban street.

Cumberland Council in Sydney’s west was formed from the merger of Auburn and Holroyd Councils, with some of Granville Council’s wards thrown in as well. This fusion is necessitating the consolidation and union of many disparate activities and processes. And in 2017, perhaps none is more important than the IT systems.

“It’s a huge opportunity,” Cumberland Council Executive Manager of Operations Peter Fitzgerald said. “Very rarely are you given a chance to build a council from the ground up. This is a once-in-a-lifetime opportunity for everyone involved in Cumberland Council, or any other merger for that matter. We’re in a really unique position where we are literally on the ground floor of something that’s going to be around for a very long time.”

In a way, an IT renewal was underway well before the merger took place. The former Auburn Council had made the decision to adopt Technology One’s enterprise software platform in December 2013, with the rollout commencing in early 2014. “We went live with our financial accounting software first off. We then implemented the enterprise asset management system,” said Fitzgerald.

“We were considered quite a leading council in relation to the software, so we were put on an early-adopters program, which was called the Ci Anywhere Early Adopters Program,” added Fitzgerald. “That’s for councils that are quite advanced in the rollout, and it gives you access to a whole heap of innovation and software upgrades that Technology One have just rolled out now.”

Part of that rollout will be removing the reliance on some of the more outdated systems that council had in its possession. “We had a bit of a look just post the merger and amalgamation… at how many applications had. Council had between 100 and 150 standalone applications across the new Cumberland Council, and so we have to merge all those applications into one process,” said Fitzgerald.

“Technology One will naturally assist us in doing that. It’s really exciting times for us, and especially the Cumberland community.”

The merged council began the cut-across of the financial enterprise software late last year. “The enterprise asset management should be completed within 12–18 months, and we then need to make a decision overall about out data location and our data security, ie, do we keep it in a localised server or do we store it in the cloud? We’re currently making that decision now,” said Fitzgerald.

Power for the people

One of the biggest challenges facing any enterprise undergoing the kind of change seen with Cumberland Council is change management… bringing people along on the journey.

“People get a little bit concerned with change… they get uneasy with change,” said Fitzgerald. “But when you look at the bigger picture and you look at what this actually could achieve, you have the opportunity, 1) as an individual, but 2) to be part of the team that can actually build a completely new organisation. And that is just massive.” 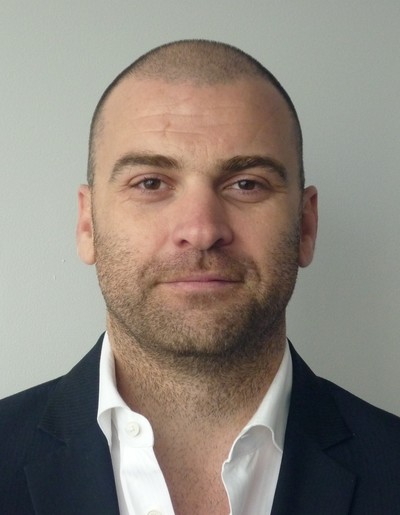 Fitzgerald cites as an example the situation when the former Auburn Council supplied Toshiba tablets to its outdoor staff in December 2014. “We gave some of those tablets to our younger staff, who were used to operating iPhones and iPads, and within 3 months the tablet was almost rendered useless because the guys wanted it to do 100-odd different things beyond what it could do,” he said.

“And that’s ultimately because the space is moving so quickly — everyday there’s a new app… some functionality being incorporated into the Apples or Androids that our staff want,” he added. “So council now has the task of keeping up with all that innovation. It’s like a bit of a Pandora’s Box — once you start you never stop.

“The existing council has very skilful staff that can accommodate the transition, but there are naturally going to be some technical areas where we’re going to need Technology One’s help,” said Fitzgerald. “Technology One will provide that support when it’s required.”

Fitzgerald said one of the main focuses of the effort is to try to simplify processes. “As simple as providing a leave form, or applying for training, or having a DA form come across the counter — that can all be done on a digital platform now, and that’s what we’re really, really keen on having. We’re really keen on pushing that type of innovation,” he said.

“It’s been quite a hard process to begin with, but what we’re finding now is that the further we go down the track, we’re finding more things we have to move onto a single platform and a single enterprise approach,” said Fitzgerald. “You’re never going to get it perfect — you’re never going to get the whole process perfect, but if you’re committed to the challenge of doing it, the long-term benefits will be there for years to come.”

“There are going to be some natural cost savings, but you’ve got to treat what we’re doing as a form of disruption as well. With any disruption you’re going to see a lot of efficiency gains,” said Fitzgerald. “But naturally working in a local government you have the responsibility to protect the workers’ rights, which will always be accommodated for. 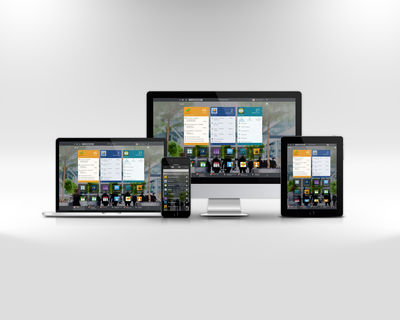 According to Fitzgerald, there’s a core group of councils leading the way in this kind of modernisation, particularly in NSW. “Councils in Queensland went through it quite some time ago, and councils have adopted this kind of technology previously in other states,” he said.

As an early example of the benefits improved systems bring, Fitzgerald cites the time it takes to deploy a works order request to a council truck — which for other councils ranges from hours to days or even weeks. “We’ve tested it and we can get it down to 5 minutes,” said Fitzgerald. “We have the infrastructure and the capability now for a resident to ring up [to report a problem], and we can deploy a works order to the truck in as little as 5 minutes.

“Where we want to differ in the future, is we want to look at GPS-enabled devices as well, so that we can then have an allocation-based system based on geography,” said Fitzgerald. “When someone rings up and orders a package [over the internet] these days, you can watch that package get transferred across the entire world and you can keep track of where it is up to and when it’s going to get delivered. It should be no different for the public community.

“In the future, if someone wants to ring up and report a pothole or a trip hazard on the footpath, they should be able to see exactly when that footpath is going to be repaired,” he said. “They should also be able to see where our resources are in the field, and it should be completely transparent and trustworthy from that perspective.

“These are some of the things we’re trying to do now, and that’s what’s really exciting about the whole thing,” Fitzgerald added. “And that’s where Technology One falls in line for us — we want to have that transparency and that trust with the community.

“There is a drive to constantly improve on service delivery,” he said. “Any government organisation [has] to be seen to be advancing the community’s interests at all times. And that’s what we want to do here at Cumberland.”

ACT Government building inspectors and regulatory officers are benefiting from a software tool...

Australian state and federal IT ministers have agreed to collaborate on efforts to align digital...

The WA Government is consulting on a draft Digital Inclusion Blueprint designed to close the...