Best of 2020: Developing an app for government building inspectors 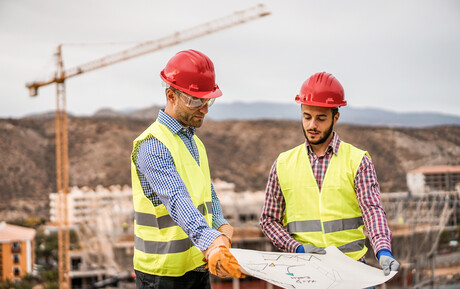 ACT Government building inspectors and regulatory officers are benefiting from a software tool that has automated time-consuming manual processes.

A software tool that helps speed the building audit and inspection process, developed by the ACT Government in conjunction with Esri Australia, has taken out Esri’s top Special Achievement in GIS Award, beating solutions from more than 400,000 other organisations globally.

The tool automates many formerly manual steps in the process of identifying building projects and recording and reporting detailed audit and inspection data, while ensuring compliance with stringent building standards.

“This project is helping the ACT Government strengthen the integrity of the building industry in Canberra by giving our inspectors more tools at their fingertips when they are carrying out inspections on apartments and commercial building sites,” said ACT Minister for Building Quality Improvement Gordon Ramsay.

The government assessed various software tools to find the one that would help it develop the tool to its satisfaction, settling on Esri’s ArcGIS Survey123 package.

“The ACT Government’s innovative use of GIS technology to create this world-first solution has direct transferable benefits for every government agency, council and construction firm across the country and around the world,” said Esri Australia National Business Manager Lisa Dykes.

“Beyond introducing greater efficiencies and more rigorous auditing standards, the solution provides transparency on building compliance and safety issues for all stakeholders.

“We congratulate the ACT Government for their meaningful achievements in this field, which will make a significant difference to the inspection and regulation of building work in the ACT — and potentially for communities across Australia and around the world.”

To learn more about the development of the tool and what it does, we interviewed David Middlemiss, Senior Director in the ACT Government’s Building Audit team.

What was the genesis for this project?

The genesis for the project was a review of the ACT’s building regulatory system, which identified a need for a way of recording information on audits and inspections of building work to support regulation and policy analysis and evaluation.

The project is part of the ACT Government’s current reform program to strengthen the regulation and integrity of the ACT building industry, under the reform to implement a government risk-based auditing and inspection system for regulated building certification and building work. The reform project was initiated and managed by the Environment, Planning and Sustainable Development Directorate’s (EPSDD) Building Policy team.

How long did it take to bring it to fruition?

The work to develop the tool was [done] in two stages to align with other reforms in the program. Work on the first stage started in late 2018 and was completed for operational use by June 2019. The second stage is currently being implemented and the project will be finalised by the end of September 2020. The tool doesn’t have a name at this stage.

Was it developed in-house or by an outside consultancy?

The audit program was developed by EPSDD’s Building Policy team in conjunction with Esri Australia working under contract to the ACT Government. A skilled technical officer from Esri worked in-house alongside members of the policy team, including members with building, building inspection, building surveying, fire engineering, structural engineering and policy evaluation and development backgrounds, including officers that will be using the tool. The team also included project management and coordination from both the contractor and government staff and collaboration with an in-house government IT professional. 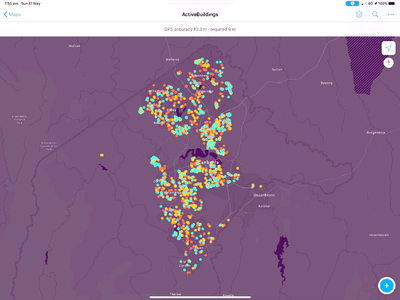 Were there any challenges in developing the tool?

The audit tool relies on data from a range of different sources to prepopulate information on each project. This required a large amount of testing to make sure data was accurately and consistently imported into the tool. The standards and regulations the tool is based on are very complex and it was important to consider how to best represent them. The amount of information that could also be included in the dashboard was also extensive, so it was a challenge to select which information would be included and decide how best to present it for end users.

How does the tool use GIS?

The program links directly with the ACT Government’s interactive mapping service, ACTmapi, allowing government building inspectors to identify a building site by location on a geospatial map, or by building approval data. It can identify all building approval sites and basic information reaching back to 2018. Using the GIS system is important to minimise the time building inspectors spend on accessing records and selecting and scheduling projects for auditing or inspection.

Have any other governments shown interest?

The program has been purpose-built for only the ACT Government’s needs. Some of the surveys relate to building standards common across Australian jurisdictions, which could be replicated. Others are specific to ACT legislation, guidelines and code of practice.

Does the tool gather data from other systems?

The tool is populated with data from the ACT Government’s building approval data records, which is contained in another government system. It sources relevant information from that system to automatically prepopulate a range of fields outlining important information about the project, the type of work and relevant licensees, thus minimising human error and reducing search time. The program is also linked to other systems, including ACTmapi and the licensing database, and captures ABN details from ASIC portals. It also links to a range of standards and regulations, including the online Building Code of Australia.

Who is allowed use it?

It has been designed for use by ACT Government building inspectors and regulatory officers. At this stage it has not been configured for external use as the data it collects includes information generally protected by privacy laws. As well as its use by the regulator to identify areas in which to focus targeted industry audits and information releases, the outputs will also be used by building policy officers for evaluation and development of policy and regulation.

What sort of feedback have you had?

ACT Government building inspectors have provided positive feedback on the new program, which is accessible both out on construction sites through iPads and within the office on laptops, iPads and desktop computers, for desktop audits. After receiving training on the use of the audit tool, they have found it both easy and efficient to use.

What sort of savings in time, money, effort does it provide?

Prior to introducing the audit program, many processes had to be carried out by building inspectors for each project, including sourcing information and building approval data, identifying the relevant version of the building standards, and inputting all data into report formats. The new program enables quick access to this information, removing potential for human error in data collection, reducing search costs and enabling detailed analysis without manually extracting data from individual inspection reports. It is expected this will make audit and inspection processes more time efficient, enabling a greater number of audits to be conducted in a period than previously.

Are there any plans for expanding the tool?

The second phase of the audit program was introduced on 1 July 2020 as an extension to the original tool. This new phase incorporates additional versions of building standards applying to new projects, relevant regulations, as well as new guidelines and code of practice developed under the reform program. The way the program was designed allows us to add in additional content if required, and we see its potential for expansion into other areas of regulation applying to the building and construction industry.

How important was the collaboration with Esri?

It’s been great to work with Esri to push the bounds and find out what Survey123 is capable of. We weren’t sure at the beginning if the tool could be developed as we’d envisioned, so it’s been rewarding for all involved to see this project come to fruition.

This article was first published on 11 August 2020