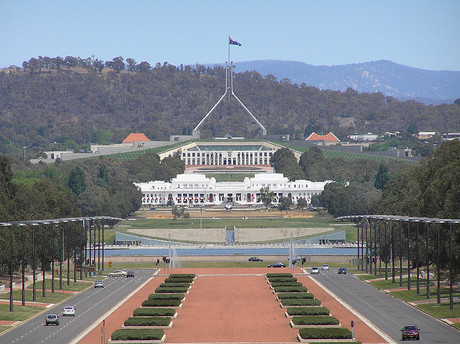 The federal Digital Transformation Office (DTO) is offering valuable advice on digital transformation, but government bodies must not let its service-focused approach blind them to the broader benefits of transformation.

That’s the advice given by a transformation advisor amidst warnings that the DTO’s heritage in the UK public service could leave Australian government bodies years behind global best practice.

Agencies need to approach transformation as a holistic exercise in which citizen interactions is just one part, said HSD Director of Strategy and Consulting Keith Don at the recent Connected Government Summit in Melbourne.

“Before we start to work out what we’re going to do in terms of digital transformation, it’s important that we actually understand what digital means to us,” said Don.

“Getting back to basics is really important because lots of people want to do lots of things around digital — but this can cause problems because we actually don’t know how to go about it, and we don’t always know what we’re trying to achieve from digital transformation.”

Identifying other opportunities will require extensive navel-gazing by government CEOs and a commitment to take the DTO’s guidance as one of many perspectives on transformation, rather than as the gospel truth.

Analyst firm Gartner has recognised the importance of good direction in digital transformation, recently labelling 2016 as the “year for digital tenacity” for CEOs and CIOs.

“To ensure that they stick to their digital business transformation plans, more CEOs are choosing to head up digital change in the business,” Gartner warned, based on recent research suggesting that half of CEOs expect to see “substantial digital transformation” in their industries or for their industries to be “almost unrecognisable within five years”.

This expected change reflects changing customer perception of the value that digital interactions provide as a portion of government services — pegged to increase from 30% now to 46% by 2019. Yet even those figures suggest that more than half the perceived value of an organisation’s services will continue to be generated in other ways.

Agencies should be exploring the rest of this value with an open mind that looks well beyond the scope of the DTO’s efforts — which, Don warned, risked trailing world’s best practice due to being primarily based on the past experiences of the UK’s Government Digital Service (GDS).

“If we’re based on what the UK has done, we’re already going to be two years behind,” said Don, citing Deloitte public sector research that ranked the UK behind many other countries. It also highlighted the barriers introduced when government-driven transformation efforts have too many competing priorities, lack overall strategy and struggle with insufficient funding.

“We’re putting policies in place that will improve things,” Don said, “but they will keep us behind. The UK GDS’s philosophical and cultural argument was to hit the reset button and start again [building government systems] — and saying, ‘Let’s do it agile and everyone can work out what they want’.”

Yet simply shifting to an agile culture wasn’t the solution, since its iterative design mentality tended to produce highly customised systems that focus too narrowly on one part of the organisational experience.

“They go in and optimise the hell out of it and then spruik the results,” said Don. “Then they realise that what they did for the first business unit doesn’t allow them to do other things for a second business unit, so they have to create a hybrid on the side. They need to optimise over a wider range of requirements.”

Digital transformation approaches built on re-architecting core systems weren’t sitting well, he added. Many organisations had invested extensively in building the systems underlying their operations and would bristle at the thought of having to start over due to broad transformation mandates.

Rees will “be responsible for enforcing high standards of financial discipline on large-scale ICT projects across government”, as well as playing “a critical role in accelerating the digitisation of government services”, Minister for Innovation and Better Regulation Victor Dominello said in a statement.

The proliferation of perspectives on transformation will provide important guidance for government agencies that need to approach digital transformation not as a one-off exercise but as a catalyst for long-term organisational change.

“What we need to do is to establish a foundation for the unlocking of possibilities,” said Don.

“People working in digital are thinking 12 months is a long time, but they’re not just building for today; they’re building for what could happen in 10 years’ time. And we need to be considering how we can get value from digital activities that we don’t even know about yet.”