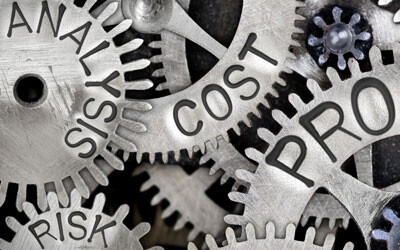 Government agencies across Australia are investing heavily into digital transformation initiatives and modernising their IT systems. Often these investments are done on top of BAU budgets, so little consideration is given to the costs of the implementation or the upgrade.

However, cost is seemingly less of a consideration with government agencies than ever before, with digital transformation initiatives being part and parcel of many state and federal budgets. For instance, almost half of the $1.2bn allocated as part of the federal government’s digital economy strategy — released in May last year — was to be allocated to improve “the way Australians use government services online”.

The public purse is apparently full these days when it comes to transformative IT spend.

However, while financial cost may not be as much of a consideration as it used to be, cost of resources is now one of the key considerations for IT teams, which are often charged with advising procurement teams which opportunities to pursue. For major projects, disruption is now stopping many vendors at the gate, particularly when it comes to enterprise software systems.

First, there is the resource cost of implementation. No environment is equal, and each organisation will have its own challenges with any major implementation. However, if it goes wrong, it can be extremely disruptive.

The cost of disruption

In 2019, Queensland Health upgraded its 22-year-old SAP suite — known as the finance and materials management information system (FAMMIS) — to the modernised S/4HANA.

According to a report from the Queensland Audit Office on the implementation of Queensland Health’s new platform, there were several delays and “an extra $33.5 million was spent to go live and to provide heightened support to entities over the four-month hypercare and transition period”.

Once the new system went live problems began to emerge, and that led to an issue where “$540 million of vendor invoices were paid late”. Other issues included staff struggling with new system processes, such as how the new system measured quantity, which caused delays or errors in ordering according to the report. It also found that other staff bypassed the system and made orders using manual workarounds.

“Between go-live [August 2019] and mid-April 2020, the Queensland Health S/4HANA support team logged 29 high-urgency, high-impact system incidents with SAP that had a number of different impacts, including an inability to access the system on eight occasions,” the report found.

It’s not the cost involved which is anathema to many agencies; it’s this level of disruption. So, these agencies take a good look at their current system, which does exactly what they need to do, and ask themselves “why would I put our agency at risk of day-to-day disruption?”

That said, many agencies simply don’t want to move. They see the value in an upgrade as low and the potential cost in time as a pain point they’d rather avoid. Simply put, if they don’t upgrade, they’re able to do other things. They know that an upgrade of an enterprise software platform or an ERP, in and of itself, is not necessarily a digital transformation initiative. There are benefits to an upgrade, sure, but they conclude that the benefits are outweighed by the cost of the upgrade and the time needed to implement it.

Thankfully, there are a number of ways agencies can avoid the upgrade altogether.

Take a look around: open-source alternatives and third-party maintenance

Rather than undertake a complete upgrade, BreastScreen Victoria chose to maintain its current system — moving to a model of third-party support and maintenance of its Oracle platform. This meant the organisation could undertake other high-value initiatives such as a data centre migration. Furthermore, it was able to do this despite increased demand for services and without the need to add more internal IT staff to meet that increased demand.

Another option is to simply look around, with better low-cost options or open-source alternatives beginning to emerge. Rather than make a full reset, some organisations can choose to migrate some aspects of the platform to these alternatives and take a piece-by-piece approach to the reset.

Platforms such as Oracle and SAP are no longer the only game in town; Oracle database, for instance, has open-source competition with the likes of PostgreSQL, which is not only low-cost, but doesn’t drain as many internal resources. And implementations can be done slowly, one by one, without disrupting the entire business by taking an ‘all or nothing’ approach to an expensive and time-consuming ERP upgrade.

When IT departments are charged with picking the best option for their agencies of the future, it’s worth looking at the entirety of the roadmap and whether a massive migration to a new big-ticket ERP or enterprise software platform works for them.

For some, it may, but for many the cost of doing business isn’t the sticker price but the cost to their time. Disruption to BAU is now often what agencies are considering as the swing vote in any system modernisation initiative.

Despite some progress, limited funding and a lack of strategic direction at a national level sees...