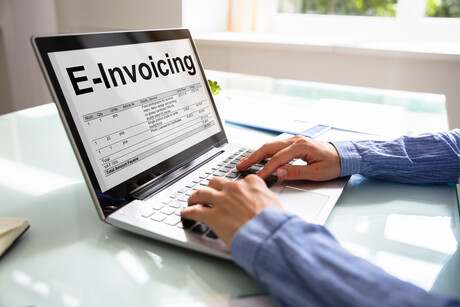 Australian federal government agencies only have a few weeks left to fully adopt e-invoicing ahead of the Australian Taxation Office (ATO) mandated deadline of 1 July 2022. Once adopted, e-invoicing will have a profound and positive long-term effect on the economy, including helping Australia to deliver on its environmental, social and governance (ESG) commitments, according to SAP Concur.

Across both Australia and New Zealand, e-invoicing will significantly reduce government payment cycle times, letting public sector agencies return cash flow to suppliers in as little as five days. This will give businesses money faster so they can re-invest in new initiatives and inject cash flow back into the local economy sooner.

“With sustainability high on the government agenda, e-invoicing also has the potential to save almost AU$130 million annually in carbon emissions because it eliminates the need for paper, and so requires less energy, manual processing resources and physical storage space.”

E-invoicing is based on the successful international Pan European Public Procurement On-Line (PEPPOL) platform that facilitates the cross-border digital exchange of invoice data and procurement documents. In addition to reducing payment cycles, it will improve security and reduce the risk of fraud around government supplier invoice processing and payments. According to the ATO, e-invoicing is effective in mitigating the risk of fake, unsolicited, or compromised invoices and other false billing scams that are prevalent in email invoicing.

E-invoicing also significantly reduces cost, with a paper or email invoice costing around AU$30 in administrative time to process, compared to less than AU$10 for an e-invoice. This will have a positive impact on the economy as more than 1.2 billion invoices are currently exchanged in Australia every year, with around 90 per cent of invoice processing still partly or fully manual. Savings to the Australian economy brought by e-invoicing are estimated at AU$28 billion over 10 years.

In New Zealand, PDF and paper-based invoices are estimated to cost approximately NZ$25 compared to under NZ$10 for an e-invoice. With more than 280 million business-to-business invoices exchanged in New Zealand every year, savings through e-invoicing are estimated at NZ$4.4 billion across 10 years.

According to Beeby, it’s imperative that government agencies and businesses clearly understand and manage process changes within the organisation when adopting e-invoicing.

“In complex and higher-risk organisations, such as government agencies, it’s imperative to engage a software expert that has local compliance knowledge, the ability to integrate e-invoicing with the organisation’s existing systems, and that can ensure the solution works across suppliers with e-invoicing and those without," he said.