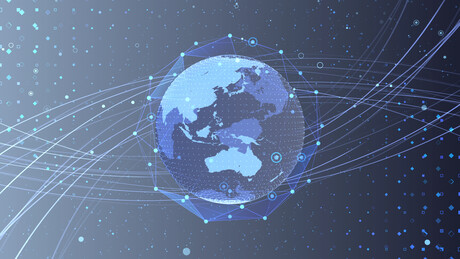 Global citizen data systems could evolve along any of four widely divergent scenarios by 2030, the UK’s Government Office for Science has predicted in a new report.

The report, which seeks to inform the UK government’s efforts to set national policies for citizen data and data systems, asserts that the world is in the middle of a “data revolution” that leaves the future hard to predict.

By contrast, the EU has prioritised citizen rights and competition within the internal market, and has been a first mover in developing rules and regulations on data use such as the General Data Protection Regulation.

The US has taken a less interventionist, more laissez faire approach. There is currently no comprehensive federal data protection law, which has supported the growth of new industries such as data brokerage.

But the report does acknowledge the US has levied large fines for data-related reasons such as the FTC’s $5 billion fine on Facebook for data privacy issues in 2019.

While there is some evidence that citizen values may have played a role in helping shape data systems — with people in China generally indicating higher levels of trust and lower levels of concern over data use and privacy than those in the EU and US — it is unclear how far this is influenced by their governments’ approaches in the first place.

The report also notes a disparity between citizens’ expressed values around data privacy and the way they interact with services that require data sharing — as they often require little incentive to share personal details online. This represents a “privacy paradox” that must be addressed.

Data systems are also shaped by the incentives to use citizen data to create business models and extract value from large datasets, the report states, citing the presence of companies that extract large value from data such as Google and Facebook in the regulation-light US.

By contrast, citizens in EU nations largely rely on these US companies for major online services.

Other factors influencing data systems include trade negotiations and agreements, the rise of “data diplomacy” involving countries using their geopolitical power to spread their preferred data governance models and the emergence of new technologies and innovative approaches to data.

In the context of these competing pull factors, the report predicts that global megatrends such as the continued shift eastwards of the “world’s economic centre of gravity” and major shifts in the distribution of internet traffic and users will shape how data systems develop over the next 10 years.

Wider geopolitical trends could potentially play out in data systems, while the success of efforts to further expand global trade may depend on developing a global consensus on data systems, or at least improving interoperability between different systems.

With national prosperity likely to become increasingly tied to the effectiveness of data systems, this could become a critical priority.

The COVID-19 pandemic is already changing the use of citizen data in ways which could have profound and long-lasting impacts, and represents a “disruptor event that may significantly influence the future of citizen data systems”.

As a result, the report predicts that the future global citizen data landscape could evolve around one of four scenarios, all of which have potential implications for the UK — and by inference Australian — economy, security and society in 2030.

The first involves a trend of divergent data nationalism. This would be a world without citizen engagement on data privacy and trust issues, a rise in nationalistic data policies, little technological innovation and disruption of existing business models by regional government interventions.

The second is a multipolar world with moderate but mainly government-led citizen engagement on data privacy and trust issues. In this scenario, the report envisages “a hardening of the three main regional data systems, varied uptake of emerging data-driven technologies, and consolidation of market power for incumbent dominant players”.

A third potential scenario is based on deregulation — a world with moderate but mainly individualistic and business-led citizen engagement on data privacy and trust issues. This would be accompanied by a relaxed global regulatory environment, high technological innovation and consumer-led emergence of new business models.

The final scenario is multilateralism. This would be “a world with high collective citizen engagement on data privacy and trust issues, increased international collaboration on data policies, resistance to some emerging data-driven technologies, and disruption to existing business models by international interventions and a change in the value of large datasets”.

Meanwhile, the report gives some recommendations for UK policymakers to consider while navigating an uncertain future.

One key recommendation is that the government seek to clearly articulate to the public what it wants to achieve with its data system.

This would involve laying out the economic, social and security-related ambitions it has for better use of citizen data and what objectives for security, inclusion and individual rights it will prioritise.

Policymakers should also adopt a holistic approach to data systems in developing this strategy; one that acknowledges the complex interactions between businesses, government, the wider public sector and the public.

This should be accompanied by an active consideration of the trade-offs between competing policy objectives for a data system. For example, policymakers should be aware that seeking to maximise the benefits its citizens gain from global trade may mean not being fully free to set their own citizen data arrangements unilaterally.

The report also recommends that the UK government look for opportunities to steer the formation of new global citizen data norms, and treat members of the public as an active and engaged part of the UK’s data system.

Finally, the report urges policymakers to ensure that resilience and agility are built into data policy development, and work towards continually improving the government’s understanding of the data system.

What has COVID-19 taught us about infection prevention and control?

What role will 5G play in delivering critical communications?