A strong culture of government innovation has made Australia's government the most strategically important market in the world for business-systems vendor SAP outside of the United States, the company's head of public-sector engagement has revealed.

Speaking recently to Government Technology Review, Mark White, head of public services and health with the software giant, said the innovative technology culture within Australia's government agencies had helped them stand out on a global basis. 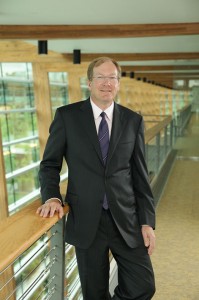 “In all the places where we continue to play a major role, Australia is probably the second most important market for SAP from a public sector standpoint,” White said, “because of what we're doing in collaboration with the federal government here.”

Citing recent work by the Department of Human Services – which has allocated $102.2m to replace its legacy Cuba child payments-management system with an SAP-based off-the-shelf environment by 2016 – White said the Australian capacity to deliver innovative e-government solutions was “tremendous”.

“Whether it's federal, state or local government, we have a very, very trusted relationship with those organisations,” he explained. “Because of that trusted relationship, we can have an open dialogue about those issues that are going to be coming in the future.”

SAP's investments in capabilities such as the SuccessFactors human capital management (HCM) platform have helped it to facilitate the development of solutions to a range of problems that can then be extended around the world.

“Whatever we do in Australia, we can quickly replicate in other countries,” White said. “So, if we can continue to innovate and be ahead of the game in Australia, it will help all those other countries – and Australia could basically be the leader for SAP for the rest of the world.” – David Braue