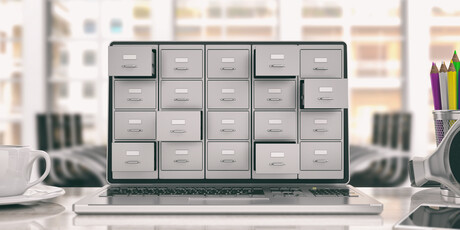 The Council of Australasian Archives and Records Authorities (CAARA) has urged national, state and territory governments in Australia and New Zealand to improve their record-keeping practices after an independent review commissioned by the council identified a number of shortcomings.

The review, completed by independent consultant and former public servant Dr Vivienne Thom, found that governments and central agencies are not currently consistently viewing archives and records authorities as integrity agencies with a central role in government accountability.

It also found that nearly half of CAARA authorities and stakeholders do not agree that the current archive and record-keeping legislation and policy frameworks provide effective arrangements for governing the creation and secure storage of government information.

While authorities had a number of suggestions for improvements that could be made to these frameworks, the biggest challenge they are facing is associated with a perceived lack of resources needed to fulfil their functions.

Achieving reform will involve adopting proper standards of government records management that are positioned to accommodate rapid technological change across all areas of government service delivery, the review argues.

The review recommends that national and state level governments ensure that archives and record authorities have the independence and authority required for them to fulfil their roles and responsibilities.

In addition, stakeholders agreed that it is better practice to combine core archives and information management functions and responsibilities of a government in a single agency.

This approach promises to reduce complexity and allow for more efficient use of the limited resources available.

The report finds that due to the sheer volume of data being generated, the storage and preservation of digital information will be a growing challenge in the future, and it may soon not be feasible to expect individual agencies to be able to securely store and manage their own digital information.

As a result, Thom has recommended that governments consider whether it is feasible for individual agencies to handle the task, or if it makes more sense to establish a collective arrangement through a central authority.

As part of this consideration, national, state and territory governments should consider whether there would be economies of scale involved in the central storage and preservation of digital information.

Where there are multiple agencies in a jurisdiction with a role in information standards and management, the report recommends that governments ensure there is clarity in the roles of each agency to reduce the potential for conflict and overlap while avoiding gaps in responsibilities.

It also recommends that governments provide adequate ongoing funding for archives and record authorities, and take steps to ensure that all agencies have the resources needed to comply with their record-keeping obligations.

CAARA’s members have also been urged to improve their relationship with government agencies by demonstrating that there is a return on investment associated with effectively creating, managing, storing and preserving records and information over time.

The council’s archive and record authority members should take an active role in advocacy and leadership to ensure government agencies understand the value of information management and the risks of non-compliance, the report states.

The report also identified the need to take steps to improve the capacity of agencies to provide timely access to records in circumstances such as responding to freedom of information requests, and for governments to work with archival and record-keeping agencies to identify and address additional barriers to effective information access.

It states that this could be vital to addressing the concerning trend of falling public trust in governments and other authorities. This trend must be met with greater transparency, not more secrecy, Thom said.

The National Archives of Australia (NAA) — which is a member organisation of CAARA — has welcomed the findings of the review. NAA Director General David Fricker said the report contains vitally important messages for government as it continues to pursue digital transformation.

“Dr Thom has pointed to the importance of advocacy and leadership to ensure that governments and government agencies understand the value of information management and the risks of non-compliance,” he said.

“The National Archives needs to demonstrate that while there are real costs in creating, managing, storing and preserving records over time, there is a good return on this investment.”

Fricker said NAA will use the feedback received from the review to inform its planned Building Trust in the Public Record policy, which is now in the final stages of consultation and is expected to take effect from January 2021.