A day after Victoria’s City of Kingston first dipped a tentative toe into the waters of Facebook and Twitter last year, the council – a community of 149,000 people that skirts Port Philip Bay in Melbourne’s south – was hit by torrential rains and extreme flash flooding that drove residents to seek help and information through the social-media services they knew best.

Citizens were sharing experiences and contacting the council for information, driving its Facebook friend count up to more than 70 on its first day (it now has 2200). Its Twitter account (@kingstoncc) saw a deluge of messages about the flooding – and CEO John Nevins knew the council could never turn back.

“The need for an effective means of staying across, collating and monitoring text messages, Twitter and email became obvious to us,” he recalls. “Twitter was being used by the public to advise of flooding and to request assistance. Today, the community relies on social media as a key source of information in times of emergency and out of them – so how can we not be connected? Local governments, and in fact any government, cannot afford to be left out of such a powerful medium.” 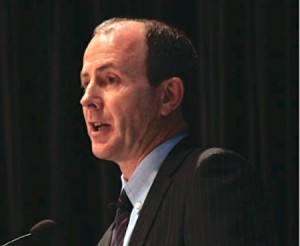 Nevins reels off examples of cases where an active presence has helped the City of Kingston reach out to its citizens: the time when it was able to get involved to point out factual errors in a YouTube video spearheading an effort against the council by landfill campaigners, for example, or when Nevins was concerned at the low attendance at a public consultation over a high-profile population strategy.

As CEO, Nevins felt a personal responsibility to embrace new methods of outreach that could engage time-poor citizens that didn’t have the luxury of attending council meetings. He saw technology as “merely the conduit for people to create, connect, collaborate, react and organise” – and laid down a formal policy that not only allowed but encouraged all City of Kingston staff to proactively reach out to the populace via Twitter and Facebook.

That went directly opposite the advice of many other councils, many of which have curtailed staff access to social media and barred staff from engaging the public through such an informal and unmanageable medium. Yet while Nevins took these perspectives into consideration, in the end he decided the best approach was to open the floodgates.

“For me there was no other answer,” he says. “No rational leader today would remove staff access to telephones or email. So the question I asked myself was: given the prevalence of social media in the community, why not give all employees access? They know how to conduct themselves face to face within the community, and when they use the telephone and email. Why wouldn’t they get social media right?”

That relatively bold logical step led the City of Kingston into a series of formal staff development programs to build its social-media culture. Early efforts were set by a steering committee – which linked Nevins with the council’s communications manager, IT manager, general managers and an outside consultant – but the team was soon augmented by a 30-strong internal networking group, half of whom were in the tech-native demographic under 30 years old.

“No rational leader today would remove staff access to telephones or email. So the question I asked myself was: given the prevalence of social media in the community, why not give all employees access? They know how to conduct themselves face to face within the community, and when they use the telephone and email. Why wouldn’t they get social media right?"

“We deliberately selected team members and team leaders that were energetic, committed, and prepared to take a risk,” Nevins explains. “We wanted people that would provide leadership within their own work areas. Early adopters were given public support by senior management, and this was critical in terms of building organisational momentum. We encouraged people to take a risk and use social media, and assured them they would not be hung out to dry if they got it wrong.”

Over the past 18 months, this cultural shift has turned Kingston into a social-media thought leader amongst its peers. Internal working groups meet bimonthly and are split into three project groups, each of which spends eight weeks investigating a particular social-media project.

The projects were assessed without considering technology until the end, Nevins points out – ensuring they offer real value to the council. “Any employee from any business unit of Kingston has permission to use social media of any type they want to, to engage with the community,” he says. “We have managed risk by putting processes in place, and a clear policy and guidelines around the use of social media. It’s now become part of everything we do.”

This philosophy has seen the go-ahead given for everything from putting Santa on twitter and showing community tweets to him on a big screen during the council’s 2011 Christmas carols, to the launch of a smartphone app to support Kington community-planning exercises, to a project to encourage local businesses to network through LinkedIn.

“A decentralised approach is unlike most other organisations we are aware of in delving into social media,” Nevins says. “But I believe the core business of local government is communities, and social media is about fostering connections between those communities. It’s not frivolous, and it’s not a fad. It’s an organisational change opportunity. It’s about creating a culture that breeds innovation. And, most importantly, it’s about senior management being prepared to let go.” – David Braue

This case study was originally published in the April/May 2012 issue of GTR.