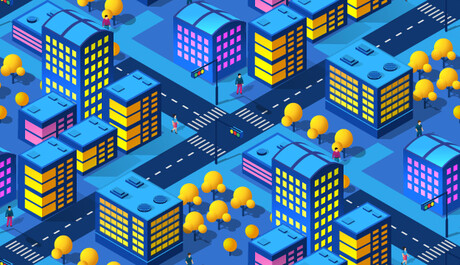 Three Australasian smart city projects have been recognised with IDC Smart City Asia/Pacific Awards (SCAPA) for their innovative approach to transforming the operation of local councils to improve livability and sustainability for residents.

The City of Perth has picked up an award in the civic engagement category for its Perth Smart Cities Collaboration Project.

This project combined several smaller initiatives involving collaboration between the city and its partners through a common Collaboration Market Place platform.

The dashboard serves as an integrated method of accessing solutions and technologies that include an Open Data Portal, public long-range wide-area networking (LoRaWAN) access and citizen science, which promotes the participation of schools and universities.

Meanwhile, 10 local councils from across Melbourne, Sydney and regional Victoria won an award in the Sustainable Infrastructure category for their Energy Data for Smart Decision Making project.

This project involves the development of an open modelling platform that uses spatial data and data on solar exposure, energy generation and consumption, to help local councils and other end users make informed decisions on investments in solar generation.

The project integrates an interactive map of Australia that uses solar potential and energy time-series data, along with transparent open-source models that analyse potential solar energy in a specific area.

Collected information is displayed on an interactive map of the nation, which enables easy access to solar potential and energy time-series data.

Councils can use the data to design policies and incentives with statistical analysis of energy technologies, and to make decisions about investment in solar panels and precinct scales.

The councils involved in the initiative are Byron Bay, Bankstown, Ku-ring-gai, Waverley and Northern Beaches in Greater Sydney, Banyule, Canterbury and Manningham City in Greater Melbourne and Bendigo and Towong in regional Victoria.

“For Australia to have two projects that stand out on the regional stage is a noteworthy achievement. Australian organisations, by taking advantage of [the] unprecedented pace of technological progress, have consistently excelled in the six years that these awards have been running,” he said.

“The efforts of such organisations, in making cities more livable and sustainable and prosperous, are even more relevant under the current challenges facing our world.”

Across the pond in New Zealand, Christchurch City Council has secured an award in the Public Safety–Disaster Response/Emergency Management category for EQRNet, its earthquake response management solution.

EQRNet is a network of seismic sensors consisting of more than 150 ground-based accelerometers designed to enable the council to manage its earthquake response in real time.

The system can instantly compare localised shaking to every building’s design intent and NZ Building Code Limit States, using best-practice spectral analysis techniques. This provides real-time information that can be used by building managers, emergency teams and the public to better manage their response during seismic events.

The trial followed a proof-of-concept pilot in the Christchurch CBD demonstrating that there are significant variations in ground-shaking over distances as small as 100 metres, proving that a much greater level of monitoring is required than is currently being used in the city.

“For Christchurch City Council to be recognised on the regional stage, against such steep competition, is a tremendous achievement,” said IDC New Zealand Country Manager and ANZ Research Director Louise Francis.

“New Zealand has consistently excelled every year since the awards were launched by IDC in 2015, and now the Christchurch City Council is the latest to join the SCAPA hall of fame.”

“With the direct impact of COVID-19 halting day-to-day activities to the bare essential services, the race to digital for socioeconomic resiliency and survivability is much more exigent than ever before,” he said.

“City governments would do well to accelerate their digitalisation plans and learn swiftly from the investments and innovative projects of our SCAPA 2020 winners.”

The winners from the regional competition — which also included four projects from Taiwan, three each from China and Singapore, two from South Korea and one each from Hong Kong, Malaysia and Indonesia — were selected based on IDC analysts’ benchmarking, public voting and judging from an International Advisory Council.

The AIIA has warned that significant government action will be needed if Australia is to meet the...