Mixing paper with digital at Whanganui

Jason Simons, information services manager with New Zealand local- government area Whanganui District Council, knows firsthand how hard it can be to maintain the discipline of paper recordkeeping in the digital world.

Like most government organisations, Whanganui had struggled with the transition from paper to digital information – and too much digital data was simply falling out of its structured processes.

“There was a gap in information that was born digital,” Simons explains. “Audio recordings, presentations, online mapping, dialogues and discussions that go on – this is all information that never makes it to paper.” 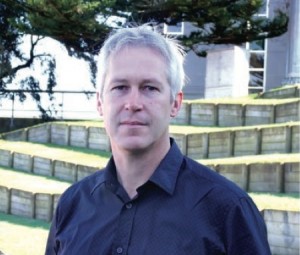 With 400 employees across Whanganui, that deficiency had created an information vacuum under which information critical to decision-making was not being preserved as it should have been. Much of this was due to employee negligence – inadvertently so, since they lacked the understanding and ability to maintain records discipline single-handedly.

“We could easily see that gap, as people migrate from their understanding of what to do with a paper file,” says Simons. “They were still treating it as they would a paper file, but missing the other information that people are making decisions on. They’ve been missing the need to treat this as importantly, or even more importantly, because of its relevance.”

Whanganui employs a full-time archives manager who had helped steer the organisation towards a structured information management environment as mandated by the country’s Public Records Act. However, it was only when the council’s 14-strong IT team implemented Commvault’s Simpana data-management platform that it was able to bring that same level of discipline to the digital world.

The new environment not only handles raw data-related tasks such as deduplication, backup and recovery of the council’s 6TB file store, but includes extensive capabilities in areas such as records management, classification, retention, and disposal.

The key to broad adoption has been to push as much of the actual recordkeeping into the background as possible; this, Simons says, is easier with digital information because much of it can be done using policies and by extracting metadata from commonly used files.

“We’re taking that away from the user and providing the tools in the background so users can get on with what they need to do at a faster pace than ever before,” he says. “They do not have to even be aware that we are classifying it in the background – but we are putting in the necessary rules for that information.

With data volumes growing at around 4% per month and records stored in open, future-proof formats like PDF-A, Simons says the system is well bedded-down and delivering benefits across the organisation.

“When we have to retrieve it next week, or in ten years’ time, we have a very high confidence that we are capturing everything,” he says. “An anthropologist 50 years in the future is going to have a very good idea of what’s going on in this council.”