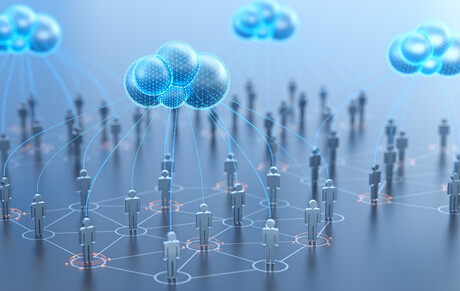 Australian federal, state and territory leaders have agreed to create an intergovernmental agreement that will facilitate greater data sharing between all levels of government to improve Australia’s COVID-19 response.

In a statement, Prime Minister Scott Morrison said the National Cabinet has “agreed that jurisdictions will work together to capitalise on the value of public data to achieve better outcomes for Australians” amid the pandemic.

“In order to achieve this, First Ministers committed to develop an intergovernmental agreement which will be considered at a future National Cabinet meeting,” he said.

“The sharing of data across government departments is key to facilitating better outcomes for citizens. Recent Qlik research in fact shows that 40% of public sector chief data officers across Australia plan to prioritise publishing open datasets in 2021. As the pandemic showed us throughout 2020, open data is critical to not only provide better services to citizens, but to help protect them too,” he said.

“We’ve already seen in its early stages what we can achieve through open data sharing across government, with the NSW, Victoria and the ACT governments piloting a data exchange program in November, allowing health officials to share contact tracing data, including from airline manifests, across state and territory borders.”

The intergovernmental agreement would complement the proposed Data Availability and Transparency Bill 2020, which is currently in its second reading.

This legislation would create the Data Availability and Transparency scheme, which would enable Australian Government agencies to share public sector data with particular entities for particular purposes, and under particular conditions.

But in their respective submissions to the Senate Finance and Public Administration Committees’ consultation into the proposed legislation, both the Australian Medical Association (AMA) and the Office of the Information Commissioner (OAIC) have raised serious concerns about the lack of privacy protections in the legislation.

In its submission, the AMA said it is “impossible to overstate” the level of concern the AMA has regarding elements of the legislation.

The submission argues that the legislation overrides existing Commonwealth, state and territory statutory secrecy provisions as well as restrictions on disclosure in the Privacy Act.

The legislation also provides no minimum privacy protections, which the AMA argued is a “standard of privacy governance well below community expectations expressed during the 2018 Senate Review of the My Health Record System”.

The AMA has strongly recommended that sensitive health data be excluded from the scheme until agencies can “demonstrate that they have the capacity and capability to appropriately de-identify” the critical data.

The industry body is also recommending, among other reforms, that the legislation be amended to require a minimum privacy standard, and to include avenues for affected individuals to review decisions or make complaints.

Meanwhile, the OAIC has recommended that additional privacy measures be introduced that will provide further protections for individuals and clarity for data scheme entities about their privacy obligations.

“The OAIC considers that these additional measures are necessary to ensure the proportionality of the scheme and to achieve the trust and confidence of the community, which is vital to the success of the DAT scheme,” the submission states.

The Ombudsman also expressed concern with the proposed exemption of scheme data with the Freedom of Information Act, arguing that this exemption “runs counter to the objects of both the FOI Act and the DAT Bill”.