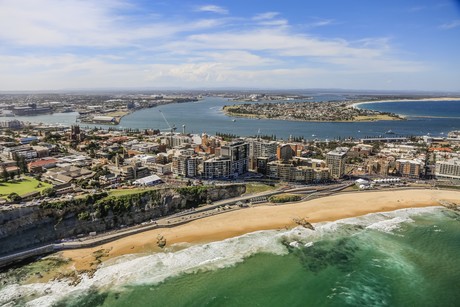 Once a heavy industry town, Newcastle has been reinvented as a modern city with smart ideas for the future.

Two hours’ drive north of Sydney, Newcastle long ago threw off its image as solely a heavy industry and coal town. Today, it is a thriving and growing modern centre that is taking on the world with a plan to become a trailblazing smart city.

“It’s been a long time since Newcastle has been really industrial,” said Newcastle’s Lord Mayor, Nuatali Nelmes. “It’s a very good place to live and work; everyone’s near the beach, there’s not really any traffic congestion, plus there’s a world-class university and good jobs.”

“The city of Newcastle is looking at the future and saying, ‘We can’t just rest on our laurels, we’re not going to be able to rely on coal indefinitely,’” said Nelmes. “The nature of employment in heavy industry is changing, so this is very much about the long-term future of Newcastle and the region, and making sure we are grabbing hold of those opportunities.”

That vision has seen NCC form partnerships with local industries, educational bodies such as the University of Newcastle and others in the community.

“It’s been very purposeful and very much a collaborative effort,” said Nelmes. “We took a long time to work with industry and the community at large to develop our smart city strategy.”

According to Lord Mayor Nelmes, the plan is not only to use technology to solve everyday problems — it has a much broader remit.

“It’s not just about technology,” she said. “It is very holistic in terms of looking at how we create an environment where we have an innovative culture, which then attracts people with entrepreneurial skills… and attracting people who already live here to bring out their entrepreneurial skills, and think of solutions for whatever industry they’re working in.” 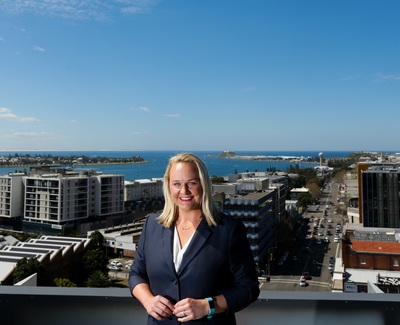 One of the first stages of the transformation is called the Hunter Innovation Project (HIP), a partnership between NCC, the University of Newcastle, the Newcastle NOW business association and the Hunter Digital Industry Growth & Innovation Taskforce. HIP has secured $9.8 million funding from the NSW state government’s Hunter Infrastructure Investment Fund, plus NCC has contributed $2 million and the University of Newcastle $6 million, for a total of $17.8 million.

Under HIP, NCC has begun rolling out a carrier-grade long-range wide area network (LoRaWAN) to cover the main city centre and surrounds. The network, being installed by National Narrowband Network Co, will provide low-cost, low-power connectivity for millions of wireless IoT sensors and data collecting devices that will spread across the city in the coming years.

Those sensors will be used to monitor everything from soil moisture levels on council sports fields, to sunlight levels for controlling solar power installations. 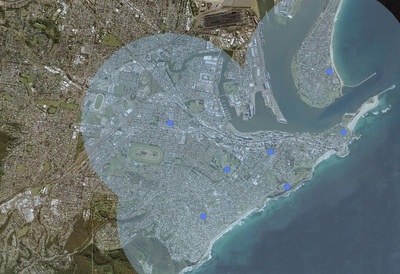 Coverage map of the first stage of Newcastle's LoRaWAN rollout. 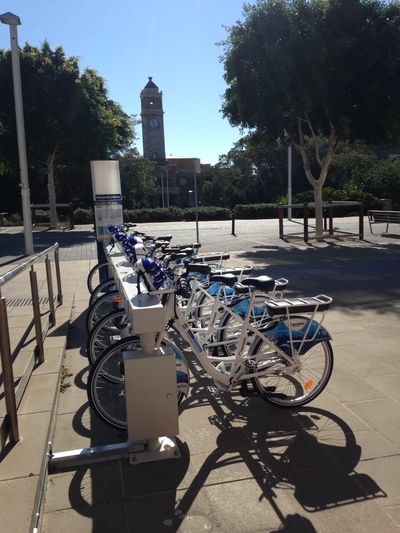 Newcastle has partnered with Bykko to introduce a fleet of e-bikes.

As part of its strategy, NCC is converting the city centre into a ‘Living Lab’ where entrepreneurs and innovators can come and test their products. This could be anything from making use of the LoRaWAN and Wi-Fi networks to test sensor solutions, to trialling autonomous vehicle technologies. NCC is currently in discussion with the state government about the latter.

According to the Lord Mayor, the Living Lab is not going to solve every problem, but is intended to provide a platform that is publicly owned and on which a number of applications can be tested to see which are going to be the most successful.

“Newcastle has done a lot of work developing a strategy to provide that culture [where] people can actually go and innovate on that network for their own solutions,” she said. “This is not about government finding a solution; it’s about providing the right environment for entrepreneurship and innovation.”

Although the Living Lab is initially being rolled out in the city centre, in the coming years Nelmes would like to see it expanded into the suburbs.

In addition to HIP, NCC has also been successful in attracting funding for its transport and mobility plan, called Smart Move Newcastle (SMN).

SMN will be an integrated suite of projects to deliver a data-led, sustainable, multimodal mobility-as-a-service network with four foci:

The total value of SMN is around $13.5 million, including a federal government contribution of $4.98 million, around $5 million from NCC and other cash and in-kind contributions from project partners. (Some of the funding is shared with the HIP project.) 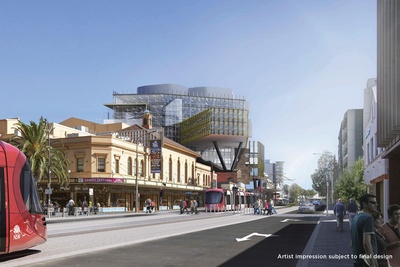 The expected benefits of SMN will include:

Over the coming years, smart streetlight poles and sensors will be found springing up all over Newcastle, producing a wealth of data that will be used to drive efficiencies in council operations and unlock knowledge about the workings of the city.

“We’re trialling different kinds of sensors over a sporting precinct on the fringes of the CBD, and we’re installing parking sensors, garbage bin sensors, water moisture sensors, water management sensors, electricity management sensors… a whole lot of things that we’re going to trial just to see how they work. And we’re trialling a number of different kinds of back-end systems as well,” said James Vidler, from NCC’s Smart City team.

“The thing that is setting Newcastle apart in all of this is the holistic nature of our approach,” he added. “We really do take a broad view of what a smart city is, and we realise that technology is really a relatively small percentage of the whole challenge.”

According to Vidler, it’s about trying to get smart organisations and smart people talking to one another, creating a community of innovation, and about developing a pipeline of ideas. This includes working with universities on research challenges and then trying to line up those initiatives with innovators who can test and provide the services. 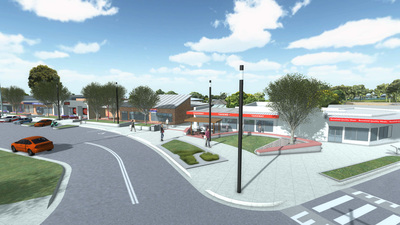 Artist's impression of smart poles in a Newcastle suburb.

“So it’s not only a service pipeline but also a talent pipeline,” said Vidler. “NCC really is doing very significant activities in that space because we realise the technology is just where the outcome happens… it’s not actually the engine room of it all. I think that’s a radically different approach to what most other organisations are doing.

“By doing it that way, each of the elements amplify each other so you actually get more than the sum of the parts.”

Vidler points out that the solutions found in the local government space are, by definition, repeatable hundreds of times, because every LGA will have similar but different challenges.

“The other interesting position that Newcastle takes on this, is that a lot of smart cities initiatives globally focus on the mega-cities,” said Vidler. “They’ve got a particular kind of challenge different to that of a large regional centre.

“There are thousands of cities around the world that are about the same size as Newcastle,” he added. “If we can solve the problems at this scale, the IP that we generate out of all of this is actually very valuable and reusable. That also feeds into this idea of ‘city as an experimental platform’.”

Nelmes said NCC is looking at how it can take its 2030 vision and leverage further planning and construction, particularly in the inner city area, having already attracted around $1.5 billion worth of development application approvals this year (on top of $1 billion last year).

She credits the success they’ve had in attracting both state and federal funding to NCC having done its homework and involving the wider community.

“What that actually says is, more clearly than ever, that these [smart city] projects are very high quality projects. They’ve got all the research, all the backing, have a full collaborative network behind them and have broad support,” said Nelmes. “They’re really hard for government not to fund because they are such good projects.

“It’s really, really important to have three levels of government working together on these projects — you’re always going to get a better outcome.”