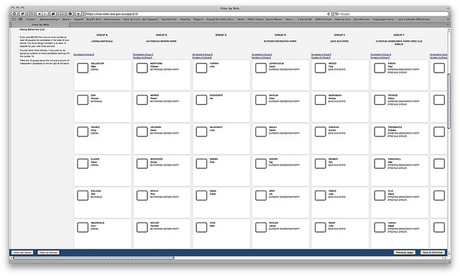 ZDnet quotes the commission's CIO Ian Brightwell as stating that 283,000 people cast their votes through the system during the recent state elections.

Speaking at the Technology in Government Summit in Canberra, Brightwell said the postal voting system no longer works. Australia Post's future is in doubt, and this and other factors mean the commission believes that within one or two elections postal votes will no longer be a viable option.

Brightwell also stated that electronic voting has controls and checks in place that are not present with paper voting.

Combining voting at the polling place with electronic voting would create a stronger system because it would be very difficult to defraud both systems, he said.

Relying on contractors to count paper ballots means not every vote is counted, so an electronic voting gives another cross check for the outcome.

But the iVote system is not likely to completely replace the paper ballot, at least not in the next 10 years. Brightwell said that if use of the system grew he'd like to see it account for no more than 15% of the state's total votes, up from 5% today.

The system has also been prey to some high-profile mishaps, including a security flaw requiring an urgent patch and a glitch involving two groups on a ballot presented without the option to vote for them above the line.