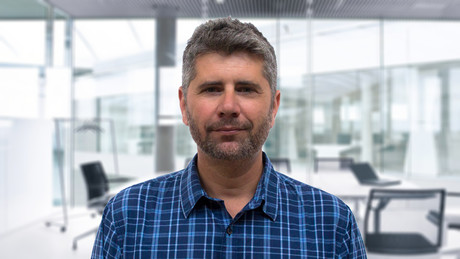 Local governments across Australia have made great efforts to digitise and modernise their online services to deliver better citizen experiences. However, they are still lagging behind technology evolutions that are occurring within other sectors.

Faced with growing pressures and challenges, including limited tech resources and skills, restricted budgets and large legacy systems, many reach a point where they can’t deliver more.

But by using the power of open source, local governments can accelerate digital transformation without having to spend more. By tapping into a wide range of skills and thousands of publicly available projects, governments can increase collaboration, break down silos and foster efficiencies.

As highlighted in a webinar recently hosted by GitHub and featuring leaders from Australian councils, local governments can use the global open source community to speed up time-to-market for innovations, as well as optimise resources.

Collaboration will drive future change in government. This is why an increasing number of governments around Australia, such as Ipswich City Council and Georges River Council, are using open source to support and foster a more collaborative approach to innovation and citizen experience transformation.

By leveraging the open source community and applying an open source mindset to their own organisation, local governments can take advantage of resources already available, and in turn contribute back to others.

Collaborating with the millions of developers from the open source community and tapping into the thousands of projects publicly available, local governments can save precious time and considerable amounts of money.

This means their tech teams can focus their efforts and budgets on projects that really matter, as well as on finding and solving new problems instead of addressing those that have already been resolved by others.

Open source also makes it easy to create greater inter-government and department collaboration, and enables teams to pass on key learnings from past projects to ultimately educate and shape a stronger innovation culture.

More organisations are using innersource to shift the way they manage their internal resources, bringing the open source ways of working and developers’ work practices within their firewall.

This practice enables internal teams to incorporate open source methodologies into the way they work and build their own software, and improve internal collaboration among teams. This ultimately makes managing large and complex projects easier, lowers costs and creates greater flexibility. Innersourcing also helps drive the cultural change that every organisation needs if they are to succeed in a fast-paced digital world.

Finally, innersourcing can help governments keep their intellectual property protected from external contractors, while making the most of their own talent pool as teams get to work closer together, and educate and upskill each other.

By applying an open source mindset within their walls, local government agencies can remove the silos that delay innovation and growth.

According to Matthew Shultz, City Digital Officer for the Ipswich City Council, the biggest challenge for government agencies is to modernise access to services from legacy systems such as old ERP systems, and local government property rating and financial systems.

While the council has historically worked with different, siloed data sources, Shultz has been focusing on providing access to data and information in a centralised manner. This led him and his team to build a full-service city offering — a City-as-a-Service platform.

On the other hand, Georges River Council decided to start many of its systems from scratch, thus avoiding silos and meeting all compliance and integration needs, as well as leading to greater efficiencies.

There is still a big disconnect between legacy tech and new generation tech functions. Governments need to restructure their core IT functions so they are not siloed, as well as work alongside and in close collaboration with teams leading innovative and disruptive projects.

The open source community represents a unique and easily accessible opportunity for local governments to accelerate their digital evolution, and create more efficiencies. Local governments are slowly following the lead of businesses: they’re becoming software organisations. To succeed in the next step of their digital evolution, it is vital they put the role of the developer front and centre, as well as foster an open source mindset internally, to increase collaboration and speed up innovation.