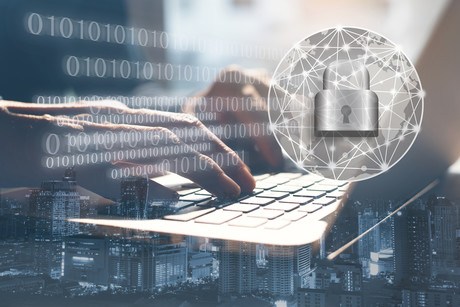 An upgraded and standardised PDF solution has been rolled out across six Queensland Government departments.

For the Queensland Government, the ongoing robustness of the software tools it uses to conduct its day-to-day business is fundamental. If features, performance or value of a software solution are compromised, it is reassessed. Such was the case when one IT department embarked on a review of its incumbent PDF program.

“We found that many of our 9000 staff were using various versions of Adobe Acrobat Writer. Some of these were quite dated and no longer supported by Adobe. This raised security concerns with regards to the vulnerability of the aged software and the PDFs it was creating,” said Peter Floyd, Director Operations, Information and Technology Partners, whose team supports six Queensland Government departments.

“The other issue was that while we were receiving patches for later versions of the software, continually applying these to the utility product was both time-intensive and frustrating,” he said.

Floyd decided to review the departments’ PDF needs and roll out an upgraded and standardised solution across all six departments to ensure security and seamless capability. In addition, due to the immediate need for some 700 current version licences, he was keen to choose a solution that offered value for money without foregoing capability.

“A number of PDF solutions on the market were assessed and narrowed down to three options. Of these, Kofax’s Power PDF solution looked promising but it was untested in our departments, so we approached Kofax to see if we could trial the product,”  Floyd said.

“They readily agreed, issuing us with an enterprise trial licence which a couple of our biggest PDF users tested over a three-month period. The feedback was impressive. Our staff found the software to be feature-rich, smoother, faster and far more natural to use. In fact, so pleased were our staff that they refused to relinquish the software. Given the overwhelming positive feedback, we knew we had found our PDF software.”

To ensure the seamless integration of Power PDF across six government departments and more than 700 seats, the old software was removed and the new software rolled out as users requested Power PDF. According to Floyd, “The switch to Power PDF was far easier than we anticipated, it’s very straightforward because the software is pre-packaged and ready to go.”

Staff quickly took to the new software. Floyd said that no training was required and, as a ‘just-in-case’ measure, Kofax provided a series of videos that the departments placed on their intranets.

“Early on we suggested to Kofax that they add certain features to the software to increase its usability in our environment. To our amazement they took what we said on board and inserted the features in the very next version,” Floyd said.

The issue of security was also resolved. “With everybody now using the same PDF solution, and the latest version, risk of possible exploits and attacks have been minimised. Plus, we are automatically notified of any upgrades and because everybody is on the same page, rolling them out requires little effort,” Floyd added.

The departments have also achieved considerable cost savings. “In the first year we saved nearly $150,000, and after that, our year-on-year savings have been about $50,000. That’s a significant saving in anyone’s language,” Floyd said.