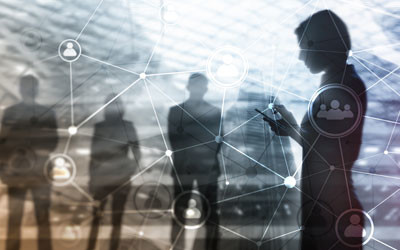 Human-centred design is changing the way government interacts with the public, leading to better outcomes and more transparency.

Governments have been on the digital experience journey now for the past 20-plus years, and much of what has been achieved is now taken for granted. The ability to interact digitally with government has become invaluable to all of us, and it takes many forms and shapes depending on who you are, where you are and what your needs are.

Looking back not too many years, you could whack an online data entry form on the front of a government process and call it e-government. But that’s no longer good enough, says Dean Lacheca, Research Director at Gartner. Automating simple existing processes is not going to really produce great leaps forward — there would be some short-term returns but not really long-term benefits.

“We’ve been on this theme of saying, ‘Do I have a good website, can I do online data entry, do I have a mobile app?’ They were almost like the benchmarks,” said Lacheca. “And that sort of simple version of the world has almost disappeared from government now.”

Instead, there’s a higher expectation about what digital government means to government itself, and to the populace it serves.

At one point there was a plan to imitate gov.uk, where Australia would have a gov.au and everything would go through one mobile site. “What human-centred design has really started saying is actually we’ve got different types of customers, with different types of need,” said Lacheca. For example, social services will need to engage with citizens in a different way to those people who need to deal with the prison system.

Human-centred design is about making public-sector IT citizen-centric and not having government in the middle of the circle all of the time. In the past (and still now, in many cases), government has had a tendency to put itself at the centre and arrange all other stakeholders around itself. According to Lacheca, there’s an acknowledgement that that should not be the case anymore, whether that is at the federal, state or local level.

“When I look at every strategy that we have an opportunity to review with government, being more citizen-centric is the standard line. Not all are doing it well, but they do understand that that’s what they have to do,” he said.

Lacheca says that what we’re seeing is a sense of systematic maturity, of recognising that digital is not separate — it’s not something tacked on the side. The commitment to being more human-centred is influencing everything government does, including the technology it uses and how it is deployed.

“There’s certainly a recognition that if they can better engage the citizens, they’re going to get better outcomes. And that’s going to help drive some efficiencies,” he said.

While there will continue to be conversations about being more citizen-centric — with continuing pressure from taxpayers to reduce the cost to serve — there are still policies that will need to be enforced, and there is still governance and legislation that needs to be maintained. So how can government accommodate this to produce the best outcomes for the citizen? “In some instances it’s actually saying, ‘Well, maybe we’re not the best people to deliver this service, we just need to create a way that it can be delivered through other agencies or third parties’ and create a more connected sort of approach,” Lacheca said.

“You really need to have empathy, which is where human-centred design comes in,” he said. “If you really understand where the citizen is coming from, then you understand how you can help to deliver the government objective.”

It would be fair to say that there is an impression in the IT world that the private sector takes action to avoid security, privacy and ethical problems in order to avoid punishment or loss, whereas the public sector is seen to have a more pure purpose and a devotion to acting ethically for its own sake.

“Generally, in our discussions with our clients, that’s 100% the case,” agreed Lacheca. “I’m sure there are examples in government where there has been a lack of ethics, but certainly in our dealings with government CIOs, ethics is at the absolute heart of the way they think. In this era of open data, shared data and AI, they want to make sure they do the right thing from the get go.

“It would be a perfect world if all data could be shared with all people, but then you obviously have the ‘robo-debt’ fear across the community … that someone’s going to do the wrong thing with it,” he said. “So there’s more maturity and understanding that as we use government data, we need to be transparent on what we’ve got and how we’re going to use it.”

Government departments and agencies also still struggle with limited funding, and they are dealing with a mountain of legacy technology in their systems. “That is probably the bigger inhibitor to their rapid progress than anything else,” said Lacheca.

Government is also struggling to compete for staff with skills in emerging fields, such as AI and human-centred design. “You’re competing with the private sector and with consulting organisations,” Lacheca added, so building those sort of capabilities is a challenge for government.

There are many examples of government achieving remarkable results that are really benefiting the community. “We see some great work in education departments in the way they’re delivering remote teaching capabilities out to children in remote areas. NSW Education is doing some great work there; Queensland’s following suit,” Lacheca said.

Transport is another area where governments have become innovators and leaders, says Lacheca. “Transport areas generally have really been charging ahead because they have such a close-knit tie to customers,” he said. “They run the biggest customer service centres, they have the longest queues, they see the biggest impact when they can do something digitally rather than have the people come in and queue up for those services. So they are constantly looking for progress in this space.”

“Service NSW is a great example of that transaction engagement with government … they’ve got a good vision for where they’re going to go,” he said. “DHS at a national level … have got a great program around redesigning their customer experience. They’re very much at the forefront of that human-centred design, understanding their customers.

“The NSW DAC is a great example of shared use of data,” said Lacheca. “And the platform approach that the DTA is doing is a great example where we’re getting common, re-usable platforms out that governments can incorporate … to really cut through that next level.”

Lacheca says there are some great examples of AI use across government in Australia. “There are quite a few examples in Australia here that are thought-leading in a global sense,” he said.

“WA Police have done some great things in recent times around the use of AI in their investigation management, and some really thought-leading stuff in terms of how they’re improving data quality, data use,” he added.

In addition to human-centred design, another vital current concept is that of the ‘platform’ and how governments can get more use out of shared platforms.

“Look at the DTA and their approach of creating common platforms that can be re-used by multiple government organisations so that they don’t have to keep reinventing the wheel. That sort of thinking really starts to show a maturity in government that wasn’t always there,” said Lacheca.

In the past, agencies and departments did not want to be seen to be copying what their counterpart agencies in other governments were doing. There was almost an implied competition.

But now “they’re trying to get on the same page”, said Lacheca. “They’re all trying to share and learn from each other.

“Landgate in WA have done some great work around establishing a platform that supports the whole industry in which they work … the whole land transfer title industry,” he said. “They’ve gone on to create an innovation platform based on their datasets as well.”

“I think the ethical use of data is a challenge for government that’s going to continue … and it’s going to establish the benchmarks of what’s accepted in society,” he said. “There’s a journey to go still, but that acknowledgement early on means that as they progress forward, privacy and ethics is built into the way that they think.”

According to Lacheca, government use of AI is going to become so ubiquitous as to be almost boring. There will be almost endless examples of governments using “natural language processing, image analytics, just to tweak the experience … make a better search experience, make better use of their data, make better indexation of the content”, he said.