In government departments the world over, officials have struggled with the rise and relevance of social media and its role in reinventing customer service. While attracted to the palpable cost benefits and streamlining of services in much more immediate and effective ways that the lure of social media can provide, the fear of lack of control has delayed innovative progress.

No matter how progressive, governments globally have weathered an uneasy courtship with social media. But opening up the lines of communication via social and increasingly mobile modes to improve government services and citizen communications is gaining traction, adoption and effectiveness.

In 2010 AGIMO’s freshly appointed CIO Anne Steward urged that public servants need to be “Gov 2.0 activists”, driving change in their own agencies toward the new Australian blueprint of Government 2.0. 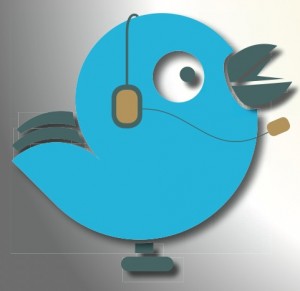 The Australian government has since been on a public quest to find the right technological tools – social media, gamification or others – to develop more effective interaction with the public and engage with communities.

But the tech-ification makeover of the public service does not move at the speed of technology and involves far more complexity than trending Twitter analysis. For the government there will always be a trade off between security and convenience.

One of the key tensions is that the government is holding itself to standards of privacy and security that in turn stymie the convenience and expedience offered by linking very public applications such as Facebook.

The rapid rise of Australian consumer adoption of social media and mobile applications has not been overlooked by the public sector, which is keen to take up the opportunities for enhanced engagement and service uptake. Recent statistics show that 73% of federal agencies and 72% of federal politicians are actively engaged in social media.

PriceWaterhouseCoopers director Adam Lai told GTR that the public sector is typically faced with different risk appetites, stakeholder environments and public accountability and scrutiny than in the public sector, making it tough to deliver advanced services applications in the same way as the more disruptive, agile and innovative organisations that do this well.

A key barrier to the socialisation and mobilisation of government services is changing the way that governments and their agency handle the restructuring of services internally.

Digital government services specialists, Delib Australia has been working across many layers of government to assist with implementing Gov 2.0 initiatives. Delib managing director Australia and New Zealand Craig Thomler says problems in implementation of improved services stems from a lack of experience in the government sector.

“Across all levels of government in Australia I could name less than 40 people working in agencies or councils who have more than three years’ practical experience with Government 2.0 and online channels,” he says.

He brands this elite group the ‘thin digital line’. “They are the group that stands between government in Australia and the next agency social media disaster,” he says. “But they are also the trailblazers that sit at the forefront of the social or mobile based government services innovation.” 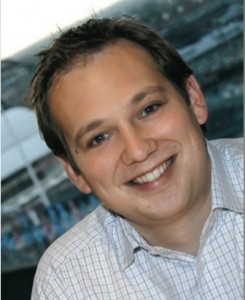 Thomler warns that with such a small pool of specialist talent, their departures would impact on the capabilities of agencies and the cost, in years and mistakes, of rebuilding expertise.

He suggests that governments at all levels need to reinforce this ‘thin digital line’. “Help it to become a large embedded community of digitally capable and confident public servants, who can meet government online needs cost- effectively and quickly,” he says.

He points to the recent work of the Department of Human Services spearheaded by Amanda Dennett, senior social media adviser in the Human Services Portfolio.

Dennett has led the drive to implement social media strategies for Centrelink, Medicare Australia and the Child Support Agency, which includes heavy engagement by her team – in not only the official government blogs supporting these agencies, but also outreaching to external online and social communities to engage with customers that are querying payment and services information.

The department has also partnered with the CSIRO to develop a social media monitoring tool and research social trust in online communities between government and citizens in a $20 million five-year Human Services Delivery Research Alliance (HSDRA), launched last year.

Thomler says the work across these agencies is a good example of how social media can accelerate government’s service delivery reform agendas. “By monitoring a vast number of blogs and forums and engaging through them, responding to customers to provide outreach,” he explains, “they are proving a number of enhanced roles in that they are policing what is being said in the community and have the opportunity to inject the facts.”

“It’s not so much about the delivery of service itself, but about clearing the air and make sure that the truth is out there and making sure that the community is going to the right places to get accurate information,” he says.

The front line of engagement

Due to Australia’s unique and unfortunate positioning as a land of extreme and sudden weather conditions, governments have witnessed first hand that social media and mobile platforms have provided the strongest service benefits in times of crisis and emergency. The South Australian and Queensland governments are experimenting and investing heavily in using these platforms to improve customer service through communication immediacy and rapid response.

In August, the Queensland Police Service launched the myPolice blog, which endeavours to digitally police the Gold Coast area.

Gold Coast is Queensland’s fourth region to receive the community-tailored blog following successes in Dutton Park, Maryborough and Cairns. The blog allows officers to interact with members of the community that may not be able to get to the station or to a Neighbourhood Watch meeting.

South Eastern Region Assistant Commissioner Graham Rynders said the launch of myPolice Gold Coast offered new opportunities for modern day policing for the District. “The QPS has seen the willingness for the community to engage and communicate with officers through the use of social media, and myPolice Gold Coast is a way for local officers to do that,” he said.

Queensland Police Service media and public affairs executive Chris Loy told GTR that social media channels have been providing the police services unit with 24-hour two-way communication to the precise people they need to access. Loy cited an incident involving a late-night assault in a hotel in rural Queensland which occurred after 11pm; by 2am, a number of eye witnesses had been identified, and had contacted police via social media.

“Without social media it would have taken days if not weeks to track these people down, and we may never have located them,” he said. Loy said that the department is currently working through processes to allow information provided through social media to be incorporated in the formal information flow, through linkages between police media and PoliceLink.

“These linkages appear to be working well,” he said. “With about 700,000 people reached weekly on Facebook alone, we have the ability to quickly reach out to a large segment of the community who want to help us share our messages.”

The recent PriceWaterhouseCoopers report Transforming the Citizen Experience One Stop Shop for Public Services cites QPS as a leader in government innovation by proactively pushing out large volumes of information to large numbers of people via a trusted source.

“When done well, social media can create a collaborative dialogue with a very large, but very specific audience – one person at a time,” the report says. “And it’s successful because it breaks down formal barriers. The QPS have established a best practice example of the use of social media by a government department for both engaging with the public, and informing frontline colleagues in times of a disaster.”

QPS started its experimentation with social media when Category 1 Cyclone Tasha struck on Christmas Day 2010 as QPS social media accounts experienced a significant spike in numbers during the crisis and then doubled in two weeks. The serious floods in early 2011 caused QPS Facebook page ‘likes’ to increase from 17,000 to 100,000.

An effective social media strategy allowed QPS to effectively communicate essential issues in one of the most difficult periods of natural disasters in the history of Queensland, where more than 90% of the state was disaster-declared.

“We see emergency services, transport and human services using social media to rapidly communicate disruptions or incidents to customers,” says PWC’s Lai. “We also see social media being used to receive feedback, information and to understand sentiment. We have recently seen a number of public sector organisations release a suite of mobile applications to support their customers, undertake transactions.”

“Contact centres need to identify the transactions and call types that could be better, more effectively or efficiently served through these channels and identify innovative and customer-friendly strategies to migrate them.” – Natalie Apostolou