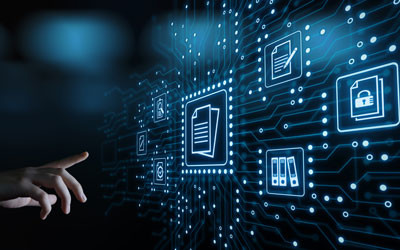 Nearly eight in 10 (79%) citizens expect their main interactions with their local council to be through customer self-service technologies within the next five years, new research indicates.

Civica and the University of Technology Sydney’s Institute for Public Policy and Governance have launched a new report seeking to understand residents’ expectations for local government in the digital era.

The research found that 95% of Australians believe that new technologies — such as roads and infrastructure monitoring, environmental and waste management and improved digital and social engagement — have the potential to transform how they access and use public services.

Nearly two-thirds of citizens expect to engage with their council on local issues over the next five years, and the majority (56%) expect to be more actively engaged with local council decision-making by this time.

The research also found that citizens want to be able to engage with councils on their own terms.

In line with their expectations for self-service technologies, 73% of respondents reported that the most important service is the ability to easily report issues to their local council online or through a mobile app, and 47% agreed they will primarily use social media to contact their council in the future.

“Citizens expect their local council to deliver the same kind of convenient experiences they get from the private sector,” Civica ANZ Executive Director Ben Cowling said. “They want easy access to council information and on-demand services via their smart devices.”

But the research also highlights a dilemma for local councils — despite demanding increasing digital engagement, only 28% of citizens completely trust their councils to manage data.

According to the UTS Institute for Public Policy and Governance’s lead researcher Sophi Bruce, the findings of this fifth annual report for local government prepared in conjunction with Civica show that personal data use and data security have become hot topics.

“An increase in mobile connections was not previously thought to increase risk and privacy, possibly due to a lack of awareness about smart and connected devices,” Bruce said.

“The findings from this year’s research align with broader trends we’re seeing around data use. They suggest that citizens want to see greater transparency about how their data will be used and secured.”

The research also shows that more than half (54%) of citizens view new technologies as critical to supporting environmental initiatives, including waste management as well as renewable energy and environmental sustainability projects.