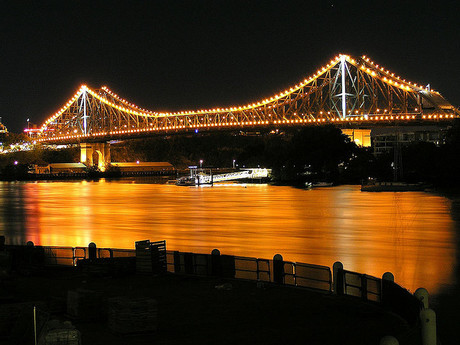 South East Queensland (SEQ) has the potential to become Australia's first 'smart region', combining data and smart city technologies to boost the economy and improve quality of life in the region.

This is the finding of a new report from Cisco focused on digital opportunities in the region. The report finds that transforming SEQ into a smart region has the potential to add $10 billion to the region's economy and create more than 30,000 new jobs.

Based on interviews with the community, businesses and peak bodies in the region, the report identifies a range of suggestions for helping ensure the next generation of infrastructure improves productivity and quality of life for the region's inhabitants.

According to the report, residents, councils and businesses in the region believe the core benefits in becoming a smart region are primarily related to the better delivery of services by local governments to their citizens. The primary focus is the more effective use of public assets.

The report recommends additional technological enhancements to public transport in the region, such as employing IoT technologies to improve the safety, efficiency and reliability of Queensland Rail's SEQ network, and to address issues with uneven loadings of rail carriages.

On the region's roads, the report recommends councils consider following the lead of the UK's Department of Transport, which has launched a pilot program involving using internet-connected sensors to more effectively manage problems on the road.

Sensors could be used to dynamically adjust speed limits based on the maximisation of traffic flow, communicate important alerts to drivers using the roads and manage persistent congestion issues at choke points.

Linking traffic light controls with mass transit and emergency vehicles to allow priority to be given to these vehicles at intersections could also improve emergency services response times, saving lives. It would also provide an incentive to use mass transit, providing economic and environmental benefits.

Importantly for a sub-tropical region such as SEQ, new technologies could also be used to provide real-time, high-quality information during extreme weather events, helping save lives and property.

For example, sensors and IoT technology could help detect when basins and large water tanks should be purged to accommodate incoming stores, reducing the potential for flooding. A smart electricity grid could also assist in emergencies by using data to anticipate and mitigate power outages.

Council of Mayors (SEQ) Chair and Brisbane Lord Mayor Cr Graham Quirk said he is committed to realising the goal of transforming SEQ into a smart region.

“It’s not only an important step in positioning Brisbane as a New World City but also delivering social and economic benefits for all South East Queensland residents,” he said.

Image courtesy of Cyron under CC