Selling social by the seashore

Deputy Mayor David Speirs hasn't yet convinced other administrators in South Australia's City of Marion to let council staff free on social media, but it's not for lack of trying.

He’s only 26, but David Speirs has rocketed through the ranks at the City of Marion, South Australia – and he’s made social media one of his key philosophies. If he has his way, Marion staff will be happily engaging with the city’s 90,000 citizens using a well-stocked social-media toolkit – but there’s a whole council to get through first.

For a council that had been quite conservative in its adoption of social media and only took its first tentative steps in April, that was an ambitious goal. “We didn’t have a Twitter feed, didn’t have Facebook, didn’t use YouTube,” Speirs says. 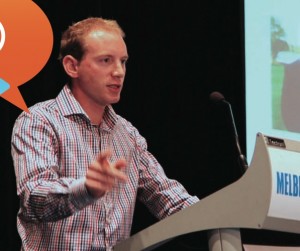 “We used no social media at all, and that was something I’ve been striving to change. My way of changing that has been to be an elected member who is so involved in this space that councillors will have no option but to follow me.”

This campaign has taken on a range of identities: social media, Speirs argues, is a natural part of the council’s methods for engaging with the community – like letterbox drops, doorknocking, newsletters, and interacting with community groups. Speirs has explored myriad uses of social media for his own purposes, posting election videos online and attracting fans by posting regular photos of random things from his life.

Speirs set out six core principles that he felt would lead to social-media success. These include starting with one channel and doing it well before expanding to others; asking questions regularly to engage users; responding quickly – usually within 24 hours – when others make contact on Facebook or Twitter; referring to local suburbs or landmarks to tap into people’s sense of place and promote common interests; finding a local issue around which to engage people, such as the online outrage generated when the local Westfield shopping centre applied to council to charge for parking; and integrating the social-media campaigning into all communications by adding logos to council correspondence, stationery, email signatures, and the like.

We think the global financial crisis has had a significant impact on people’s desire to be engaged by government. It supersizes our reach and the community’s reach to us. It also changes the community’s expectations, and we are dealing with a community now that has far greater expectations and anticipates involvement in government.

There are signs Speirs’ campaign is beginning to pay off. In late March 2012, the council launched its first-ever social media policy. And while the council launched its YouTube, Facebook and Twitter (@CityofMarion) sites, staff are still prevented from unfettered posting on social-media accounts. The creation of the policy, however, reflects the success of Speirs’ ongoing efforts – and has positioned the council to take a more proactive role in social-media driven citizen engagement.

“Social media is a complement to other aspects of community engagement, but it sits apart in its ability to be a real game-changer,” Speirs says. “We think the global financial crisis has had a significant impact on people’s desire to be engaged by government. It supersizes our reach and the community’s reach to us. It also changes the community’s expectations, and we are dealing with a community now that has far greater expectations and anticipates involvement in government.” – David Braue

This case study was originally published in the April/May 2012 issue of GTR.