Sky not the limit for satellite services

Local councils have been the most proactive in brainstorming the potential uses for nbn’s Sky Muster satellite services.

It may have been derided by the then Liberal opposition as an extravagance when it was announced in early 2012, but as the satellite component of the National Broadband Network (NBN) nears its April go-live date, the services it is enabling are emerging as a potential game changer in the effort to deliver government services to Australians in broadband-poor rural areas.

The 6440 kg, Ka-band Sky Muster satellite — which was launched into orbit in October 2015 and demonstrated publicly in February using a range of streaming-media services that were inaccessible over previous, lower-frequency satellite services — has been tested extensively in recent months, and the go-live will fulfil a significant element of the NBN’s design specification to bring broadband to every corner of Australia.

A second satellite — rounding out the $620 million spend on satellites that is part of a $2 billion satellite-network investment announced by the former Labor government — will also go live soon. 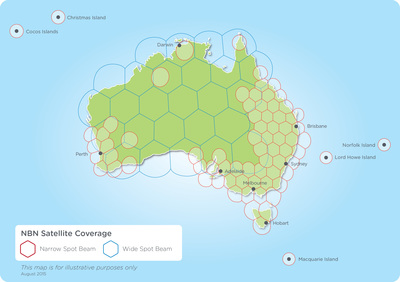 The satellites — which also provide nationwide coverage using slower, wide spot beams and will collectively service the 3% of Australian homes out of the range of other NBN technologies — were vociferously discredited as a ‘Rolls-Royce’ solution by then opposition communications spokesperson Malcolm Turnbull when they were announced.

Turnbull favoured private sector alternatives, but his erstwhile cause célèbre, would-be Australian satellite operator NewSat, imploded last year after US creditors pulled the plug on its US$130 million ($178m) funding in a disastrous turn that may end with criminal charges being applied.

The Sky Muster satellites, which will replace the long-overburdened Interim Satellite Service (ISS), are “the only highlight of the NBN” so far, said telecommunications analyst Paul Budde of BuddeComm. He noted that Turnbull’s early resistance to the idea rapidly receded when the contract turned out to have been a prescient indicator of coming broadband demand.

Budde, a long-time NBN analyst, believes the services will provide crucial connectivity in rural areas and — when combined with the fixed-wireless services being rolled out in regional areas — will finally provide a viable connectivity option for Australians living outside major population areas.

“These two elements, which are still standing from the [Labor] government policy, are looking to be the two best elements of the whole plan,” Budde added. “That’s an oversight for Turnbull [who dramatically changed the NBN rollout as communications minister to controversial Multi-Technology Mix (MTM)]: what he has left alone is going to be successful and what he touches is a disaster.”

While the use of the MTM has been pegged to the ability of NBN builders nbn to navigate a morass of commercial, technological, logistical and political issues, the go-live date for the satellites will provide more immediate relief for rural Australians as the service will immediately become available around the country. And that will leave rural residents — and the regional councils in which they live — with a far more immediate question: what to do next?

While the NBN has been rolled out at a federal level, it is local government councils that have been perhaps the most proactive in brainstorming around its potential uses.

A guide for local councils, published by the Local Government Association of South Australia in early 2013 — before the election of Liberal prime minister Tony Abbott and the introduction of Turnbull’s MTM model — noted that councils “have indicated that interest from the community is high and that negative impact or complaints have been minimal”.

“Local councils can play a critical role in connecting with communities due to their existing relationship with and knowledge of the people in their region,” the guide notes while promoting increased engagement between councils and citizens as they are empowered by the NBN.

Such empowerment was recognised early on by forward-looking council executives such as City of Onkaparinga, South Australia, Mayor Lorraine Rosenberg — and formed a vital part of the National Digital Economy Strategy (NDES), a broadband mission statement that was laid out in mid-2011 with eight core tenets that included improved government service delivery and increased digital engagement in regional Australia.

The NDES may have been deprecated with the change of government, but its goals remain very much alive as the MTM rollout proceeds and the satellite services provide a jumpstart for many previously disenfranchised rural Australians. 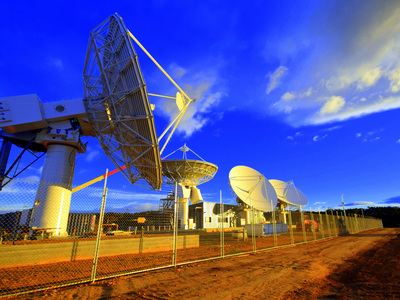 The availability of satellite connections in a heavily regional and rural population such as Tasmania “is a great equaliser”, said Simon Curry, director of consulting firm Galbraith & Co, which in 2013 worked with that state’s Sorell Council to run a pilot project called C3, which was intended to help the 13,000 residents of the south-eastern Tasmanian council area leverage the coming fibre NBN rollout.

That rollout — backed by a $292,400 commitment from the federal government’s Digital Local Government Programme and flagged by mayor Kerry Vincent as “an opportunity for council to further engage the community in projects” — has changed dramatically in intervening years. C3 eventually fell by the wayside as service delivery struggled to keep up with ambitions and costs: a May 2014 council meeting agenda noted that C3 hosting and licence fees comprised most of a $68,516 software-related budget blowout.

Yet the social need for better connectivity remains — as evidenced by the recent devastating bushfires in Tasmania — and with connectivity removed as a potential showstopper, Curry said, “satellite will deliver services to remote areas where the [fixed line] NBN won’t go”.

“For people in remote communities that can’t get access to broadband,” he continued, “it’s very significant in terms of social equity. Whether you’re sitting in an urban city centre or in a farm miles from anywhere, you have equity. They can innovate and have relationships with people around the world.”

Direct broadband connectivity via satellite is about more than just faster downloads, however: with the pace of technology innovation continuing to accelerate, new technological models such as the Internet of Things (IoT) promise innovative new services that could hardly be imagined just years ago when the fibre NBN was originally envisioned.

By pairing IoT technologies — which can easily support networks of real-world sensors and control systems spread across rural properties — with satellite connectivity, even the most remote properties in Australia will gain the benefits of services such as remote sensing, emergency services access, distance learning and more.

Developers of such services have already been gravitating towards NBN-enabled areas such as Townsville — where a smart water meter trial showed the NBN’s promise — and the Gold Coast, which was recently identified as a potential goldmine for smart-city initiatives.

As residents around Australia get switched on with satellite NBN services for the first time, the inevitable cries of joy will give way to a broader undertone comprising one simple question: what next?

Many potential answers have already been bandied about, but just how that question is answered in the long term will be dictated in part by how well citizens and government bodies can collaborate to take advantage of the new infrastructure.

Whereas speculative projects such as Sorell’s C3 were hampered by the unpredictable changes in the NBN’s rollout, satellite NBN services will bypass the infrastructure question altogether. This, in turn, will bring critical communications infrastructure to citizens that simply have not had it in the past — potentially providing significant new economic benefits.

Those benefits were hinted at in a recent Infrastructure Australia report into Australia’s communications and other infrastructure. “Governments and the private sector will need to focus on taking full advantage of the NBN,” warned the authors of the Australian Infrastructure Plan, “thereby delivering economic and social benefits to the country.”

The extent of those benefits is still largely a source of speculation, but PricewaterhouseCoopers took a stab at quantifying them and found that better telecommunications infrastructure would drive a 5% productivity gain through 2024 overall. 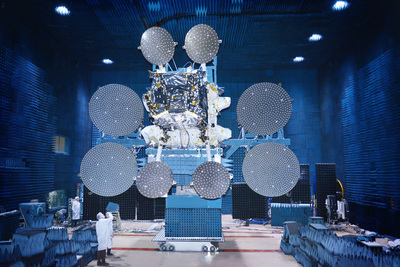 The Sky Muster satellite undergoing testing prior to launch.

Rural areas in Queensland and NSW would enjoy the biggest boost from telecommunications improvements, equal to nearly $1.8 billion and $1.6 billion by 2031, respectively, the analysis found. Victoria (approximately $600m) and Western Australia (approximately $300m) would also be big winners from the new opportunities, with smaller but still significant benefits in South Australia, Tasmania and the Northern Territory.

Yet there will be an ongoing need for government intervention to ensure adequate infrastructure is in place, the report warned: “Market forces and the private sector providers will ensure demand for services is met in urban areas,” it said, “but parts of rural and remote Australia will continue to require government assistance to access similar, high-quality services... Following completion of the NBN rollout, governments will still need to consider what steps are required to provide appropriate and equitable services in rural and urban telecommunications services.”

It became clear long ago that the NBN is a long-play game rather than a short boost to Australia’s infrastructure. Yet as initiatives such as Sky Muster come online and continue to close Australia’s persistent connectivity gap — and its attendant digital divide — dreams of inclusive, pervasive online government will emerge from think tanks to reach Australians in fields, roads and homes no matter where they are located.

As the project continues to lift the baseline for connectivity and promotes broad innovation across the government sector, the sky truly will be the limit.