Social government is at your door: will you bite?

Social media is transforming the way government agencies interact with the world around them. While Facebook and Twitter may have started out as digital noticeboards, the next phase is to embrace them as two-way customer service channels and tightly integrate them into backend systems – especially during times of crisis.

There is more to a modern social media strategy than simply establishing a Facebook page and trawling Twitter to see what people are saying about you. Once government agencies establish a social media presence, citizens soon expect the same level of online engagement as if they'd rung the switchboard or walked up to the front desk in order to resolve an issue. Social media is proving particularly valuable, for example, during natural disasters when traditional communications lines can struggle.

While there are technical challenges when it comes to integrating social media into the backend systems of government agencies at all levels, efforts to bring Facebook and Twitter in from the cold also require organisations to reevaluate their internal demarcation lines. As social media evolves into a customer service and citizen support channel, it's time to take the pressure off the communications team and begin to integrate social media into the workflow of the wider organisation, says Craig Thomler, Gov2.0 advocate and managing director of social media consultancy Delib Australia. 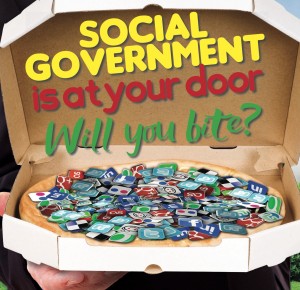 "There's also resistance from the companies who build platforms like the customer relationship management [CRM] software used behind the scenes by the likes of city councils to manage their interactions with the public," he adds.

"Developers are concerned that opening up their platforms to easy integration with other systems means losing control. We're seeing some progress here, but some developers are not exactly embracing social media with open arms."

The immediacy of social media means that government agencies working with disasters and emergency services are likely to lead the way when it comes to fully embracing social media channels, rather than keeping it off to one side.

"Look to areas where people need fast notifications and organisations are trying to allocate resources quickly, whether it be fires and floods, large scale pandemics or even security-conscious events such as G20 meetings," Thomler says.

"Government agencies which need to monitor what's happening across large areas, identify issues early and respond quickly, are going to find ways to make the most of the social media resources at their disposal."

Single view of the customer. One of the best examples is from the Country Fire Authority in Victoria, Thomler adds, because their app, ‘Fire Ready’, allows people to take photographs of fires, which are geo- tagged and feed straight into the information stream for the State Emergency control centre. “It's that geospatial element that's going to make social media particularly attractive for some tasks,” he notes.

Emergency services are not the only organisations which use geographic information systems to draw in disparate information from around the organisation and the wider community, in order to build up a clearer view of the world.

The public sector needs to extend this concept to looking at a "single view" of the customer, drawing on the power of social media, says Fergal Coleman of digital integration consultancy Symphony3.

"The single view of the customer is a notion that has been thrown around in the corporate sector for a long time – even though it's still a struggle for many organisations to get it right – and I'd say it's the next step in the evolution of government," Coleman says. "At the same time, government also needs tighter integration between its web presence and its social media presence."

"It's about being customer-centric and task-driven,” he adds, which is “something the corporate sector has really focused on in the last decade.”

When people interact with their local council, for example, there are probably 10 major tasks that come up time and time again – but often they're not prominent on the website. 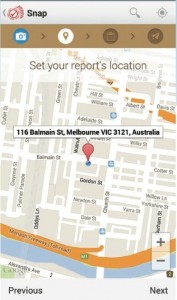 “The left and right hands have to start talking to each other,” Coleman says, “in order to better understand people and meet their needs via whichever channel suits them best."

Plugging into social government. Working with state and local governments around the country, Symphony3 is piloting a system to catch tweets related to specific assets, match them with an asset ID and feed them into the CRM system to be actioned.

Tying into backend systems requires access to Application Programming Interfaces (APIs), which can present challenges in a proprietary software environment. As such, Coleman believes open source Content Management Systems such as Drupal will lead the way in the government space.

While the vast majority of government agencies have at least dipped their toe in the water in terms of social media, many are still coming to terms with moving beyond using Facebook and Twitter simply as broadcast media driven by the communications team. For social media to deliver its full benefit, it can't stay locked away in one small corner of an organisation.

In terms of organisational structure, some government agencies still approach social media with a switchboard mentality – using the communications team as a central contact point for a wide range of interactions.

Social media will struggle to reach its full potential for government agencies until they move beyond the switchboard mentality and plug social media directly into the organisation, says Keren Flavell of social media engagement specialist Wholesome Media.

"In large organisations, telephones are no longer answered by a single switchboard operator,” she explains. “Calls either go through to departments or are handled by a call centre.”

"There reaches a point where your approach to social media needs to change in a similar way,” she adds. “It needs front-line resourcing throughout the organisation, which isn't just a technical challenge but also requires appropriate training and policies for a much wider range of staff. Coming to terms with this shift is where the challenge lies."

This goes beyond simply monitoring social media for disgruntled customers; it also includes putting the resources and processes in place to quickly address their needs.

"When it comes to government at all levels,” Flavell says, “people are starting to view social media as a legitimate primary communications channel. Along with quick updates of relevant information and opportunities to engage, they see it as a sign of a more transparent and functional government.”

Unfortunately, citizens aren't likely to find the same level of social media support from their local government as from their telecommunications provider – not, Flavell says, “if everything falls on the shoulders of their local government's internal comms team which doesn't have the customer service scripts, knowledge and resources to respond quickly to such a variety of requests."

Currently Snap Send Solve generates an email which is forwarded to the relevant department, often within a local council, but Outware co-founder and director Danny Gorog says it's working behind the scenes to pass incidents directly into each council's CRM platform.

"Social media is now a legitimate first-class channel to interact with citizens and most local government authorities are responding and  interacting with citizens on Twitter and Facebook as well as services like Snap Send Solve," Gorog says.

"Snap Send Solve now has more than 68,000 users, generating hundreds of reports per day across multiple councils. Our stats indicate that as many as 80 percent of those reports wouldn't have been lodged otherwise because people didn't know who to tell about the incident."

Rather than pick up the telephone, shoot off an email or put pen to paper, a growing number of people prefer the succinctness and immediacy of social media, Gorog says. The challenge is that in return, it creates an expectation of faster turnaround times.

"Councils might respond to emails in three to five business days but when you tweet them there's an expectation that they'll respond in the next couple of hours. While this might not always be practical, integrating Snap Send Solve into backend systems will certainly assist with faster turnaround times and help boost customer satisfaction."

Councils are already asking Outware to integrate Snap Send Solve with their Content Management Systems, but Gorog says one of the biggest hurdles is gaining access to the proprietary APIs that make it easy to lodge items directly into the system.

"Most of the CRM platforms have the capability to integrate with external sources via APIs, but the developer wants to charge the council extra to enable those features," Gorog says.

"Then we need to figure out who foots the bill, making it more of a commercial issue rather than a technology issue. We're working with CRM providers to get this working, because it's what their customers are asking for.”

“Social media has the power to bring governments and citizens closer than ever, but there's a lot of work to be done behind the scenes – technical and otherwise – in order to break down the barriers." – Adam Turner