Something happened on Vic eGov Resource Centre's way to the forums

Cheryl Hardy had been successfully distributing updates for Victoria’s eGovernment Resource Centre for several years using RSS (Really Simple Syndication) feeds before she decided to take the service – which aggregates and distributes government-related news to around 2000 newsletter subscribers and thousands more regular members – into the world of social media, via a debut on Twitter in 2009.

Thinking Twitter was simply another channel for distributing simple messages, Hardy began tweeting the same content as was going out on the eGov RSS feed – and was promptly batted down by the notoriously-fussy ‘Twitterverse’, which took affront at her writing style.

“We initially hooked up the RSS to a Twitter feed, but the Twitter readership was very cross at the fact it was an automatic service,” she recalls. “They wanted handcrafted Twitter messages, and didn’t want to see an automated process just shovelling the information out. I learned that the best thing is to take time with Twitter, and handcraft the messages. You’ve got to think of yourself as a journalist when you use it.”

It has worked: the Twitter account (@egovrc) now has over 2900 followers and generates around 3 per cent of all visits to the site.

This was just one of a wealth of lessons Hardy – manager of e-government research and information within Victoria’s Department of Business and Innovation – has learned while exploring a pantheon of social-media tools to boost her readership. 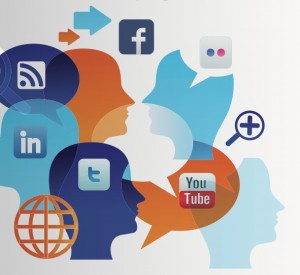 Although fully 70 per cent of traffic to the site comes from Google searches, Twitter and the RSS feeds – six separate feeds built using Google’s bReader content classifier and maintained through Google’s Feedburner service for a permanent URL – together comprise 5 per cent of traffic. Hardy has still not set up Facebook or LinkedIn profiles, saying she’s “still not sure” about their value for her particular type of information delivery.

“Pushing out daily RSS feeds is a great way to get return traffic,” she says. “When we track them over holiday periods like January, the traffic dies right off – but the moment the RSS feeds kick in again, the traffic starts up and they come back. But Twitter is giving us the biggest bang for the buck – and if we actually spent more time on Twitter, we’d do even better.”

The eGov team has tried a number of other social-media accoutrements, with varying success. A more recent addition, for example, is the Victorian government URL shortener – go.vic.gov.au – which simplifies links to online resources. Another successful venture was the creation of a custom browser toolbar app using a service from white-label provider conduit.com; interestingly, Hardy says, most users use the toolbar as a quick way to jump to their Facebook sites – but many use it to see the eGov feeds.

Hardy’s biggest surprise, however, came when she experimented with setting up a user forum on the Web site. It sounded like a good thing to do at first, she explains, but participation has been low and the burden of moderation and spam deletion significant.

“It wasn’t particularly hard for us to do, but I don’t think it has been a huge success,” Hardy says. “It’s just not where people want to be. I question the value of going out and creating your own forum; your money is better spent accessing the forums that people are gravitating towards. Creating new social-media environments is not as effective as playing in the existing ones – and we learned that the hard way.” – David Braue

This case study originally ran in the April/May 2012 issue of GTR.

Australian state and federal IT ministers have agreed to collaborate on efforts to align digital...

The NZ government is calling on other global governments to follow its lead by introducing a...

The WA Government is consulting on a draft Digital Inclusion Blueprint designed to close the...

The role of video and audio tech in health care