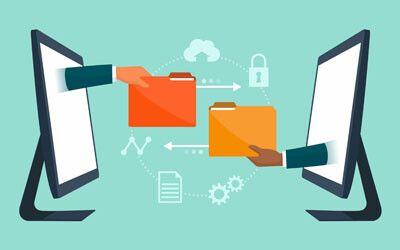 Data and the ability to draw insights from it are both critical to the public sector. They can play an important role in informing public policy, improving productivity and generating efficiencies, in turn assisting in designing better and more intuitive public services.

In recent years, a number of government agencies in Australia have started to invest in data analytics capabilities to attain some of these benefits. However, the full benefits of data and the analytics function can only be realised by sharing this data and collaborating with other government and public sector organisations.

The recently announced intergovernmental data sharing agreement, which will see government agencies share public sector data by default, is a positive development, and it highlights the urgency and necessity for the public sector to share their data and collaborate more effectively. This is a step in the right direction, but while we wait to see the final form of the policy, and how it is implemented, it is worthwhile to assess the current state of things. Today, data sharing between government agencies is hindered by three key challenges — developing robust governance frameworks, dealing with an outdated data architecture and the widening talent gap for critical data skills. But before diving into these challenges, let’s start with why.

Data is often at its most valuable when it can be aggregated and shared, so it’s promising to see the federal and state governments recognise this. To date, privacy and security concerns are the biggest roadblocks holding the public sector back from extracting the full value from data.

With cybersecurity high on the news agenda, data security is understandably a critical consideration, especially when that data is highly sensitive. The federal government’s Protective Security Policy Framework (PSPF) and Information Security Manual (ISM) demonstrate considerable progress in data governance, accountability and information security. However, more still needs to be done to protect citizens’ data and unlock the benefits of interdepartmental data sharing.

Australia’s public sector is facing a perception problem when it comes to consent and privacy and government use of citizens’ data. According to a recent report by EY, almost half of Australians think that privacy and security risks around how their data is shared outweigh the benefits when it comes to using government services.

These insights support the need for stronger regulatory frameworks around owning, storing and sharing data across all levels of government. However, research by Adobe and Deloitte has also found that tailoring government services to citizens’ needs can improve uptake, with more than three-quarters of Australians more or equally likely to use government websites if they are personalised and tailored to their digital profile.

These are not opposing findings, but rather, they reflect the condition for governments to access individuals’ data, which in turn can deliver enhanced societal outcomes.

Australia’s public sector collects an enormous volume of data every day. Existing architecture for storing this data remains largely tied to legacy systems like data warehouses, resulting in silos of data distributed across government departments and agencies. A lack of a standardised data architecture also makes it difficult to share data between departments quickly and accurately.

Getting the basics right and establishing a modern data foundation from the outset can eliminate numerous challenges down the line, including data quality issues where rigid systems can lead to duplicated and outdated datasets. This hinders the flow of timely, accurate data and becomes a roadblock when analysing data and implementing AI and ML models. If the input isn’t accurate then the output won’t be either.

Modernising and improving Australia’s data maturity not only requires the right technology foundation, but the right mindset. That mindset is one of openness and promotes a platform built on open protocols and open standards. Taking full advantage of the technologies already widely adopted by enterprises requires a cultural shift towards treating data like an asset to realise its full potential.

Having the right data architecture in place is almost redundant if governments don’t have the skills and talent to use it. It is widely acknowledged that Australia is facing a technology skills shortage with data scientists, engineers and analysts among the most in-demand skill sets. This shortage is more evident in the public sector.

Research from the Australian Public Service (APS) Commission revealed 72% of APS agencies identified critical skill shortages within their agency, with data the most commonly reported missing skill set. Data engineers and data scientists were also the top two roles in terms of projected growth rate in the labour market over the next five years.

Cultivating local talent is also a challenge. Before the pandemic, a large proportion of tertiary enrolment in IT degrees derived from international students. With continued uncertainty around border closures and international travel, relying on overseas talent is unsustainable.

It can be argued there is a greater incentive for the public sector to take the lead on closing the skills gap. Partnering with universities and education providers to encourage Australians into these careers is an obvious first step. But beyond this, governments should also focus on enablement inside the workforce. Equip people with the skills they need and then ensure that leveraging data and AI is a priority to enable these skills to develop with real-world applications. Australia’s top talent seeks out opportunities to work with cutting-edge technology — investing in improving the public sector’s data capabilities goes hand in hand with addressing the skills gap.

The case for big data

As citizens’ interactions with the private sector become more personalised, Australians will increasingly come to expect that same level of service and digital experience from the public sector. Governments are aware of this and have been talking about it for several years now since the Australian Public Service Big Data Strategy was released in 2013.

There are success stories in the public sector and the recent data sharing agreement demonstrates steps are being taken in the right direction. Driven by changing demand from citizens and the healthcare sector for digital services, HealthDirect recently consolidated its data sources into a single unified platform, delivering significant improvements in data quality, end-to-end processing and reduced overheads.

In the transport sector, Transport for NSW is now using real-time and historical vehicle data to make improvements across the transport network, including predicting trip delays, the impact of weather on services and examining vehicle downtime to optimise routes.

These are both examples of how agencies are leveraging data to better serve the public. More broadly, however, the public sector is ripe for improvements and the COVID-19 pandemic has offered yet another strong case for Australia’s public sector to pursue digital transformation underpinned by data. The past year has highlighted the need for a government more connected to its citizens and, in many ways, access to timely, transparent data is the key to strengthening that connection.