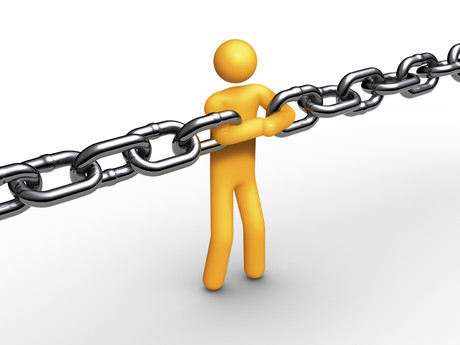 Seeking out and applying innovation to make life better for councils is in the LGAQ’s DNA.

The middle word in the Local Government Association of Queensland (LGAQ) credo Connect.Innovate.Achieve is the ‘I’ word — Innovate. I’m proud to say that at the LGAQ we innovate in spades. It’s in our DNA.

It is pretty much the magic formula we’ve practised for decades — connect councils together to create virtual economies of scope and scale and add a decent dollop of innovation in the form of new business models or technology and, hey presto, you have real, tangible and bankable achievement.

This approach has achieved billions of dollars of real savings and improved services for our member councils over the last 30 years.

We are mighty proud to have won the 2019 Australian Public Sector ‘Blockie’ award for our work in proving up the use of blockchain in council procurement and insurance.

Blockchain? This is the technology behind bitcoin and other cryptocurrencies. According to the Harvard Business Review, blockchain is “an open, distributed ledger that can record transactions between two parties efficiently and in a verifiable and permanent way”. That is, a super secure ledger resistant to fraud. Quite a handy tool for local governments to have.

Blockchain does not stop at bitcoin. It is ushering in a revolution in the global finance world, trade and commerce, agriculture, you name it.

But we know that over the last five years or so, online white-collar crooks have found a myriad of ways to defraud government, companies and individuals.

Blockchain provides provenance and protection; it’s that simple. The mathematical algorithms are immutable. Changing one record such as a bank account number (by deception) will no longer be rewarded by fraudulent profit. Blockchain holds the baddies at bay.

So why the Blockie? With our technology partner, Everledger, we created a working blockchain, smart contract-enabled procurement prototype last year, replete with APIs that received the tick of approval from the Auditor-General. That is, it works and ticks all the compliance boxes.

Now to that wonderful phrase: homomorphic encryption. Simply put, it enables encrypted data to be analysed and computed without having to decrypt it first; the ultimate in security. It was central to a pilot project we developed that covered an entire supply chain and digitally arranged immediate insurance cover for assets that were acquired as well as the anonymous (homomorphically encrypted) transfer data between councils on procurement patterns. This is world-leading.

Let me say that innovation for innovation’s sake alone is, at best, a waste of resources. Some might even say indulgent amusement. The LGAQ is not in the business of being smarty bums. Rather, we seek out and apply innovation to make life better for our member councils. Think faster, smarter and fraud-proof systems, with no more cybersecurity nightmares or compliance worries for a decent whack of council business.

Where to next? The LGAQ has been in deep discussions with Everledger, global procurement software providers, council financial management system firms and, of course, our commercial arm, Peak Services.

The wheels are turning fairly quickly. Hopefully, by year’s end we will have a big announcement to make regarding turning our successful and nationally awarded blockchain proof of concept into something to offer our members.

As I said earlier, at the LGAQ it’s not about technology acquisition, it’s about technology application. We must be convinced that big dividends are to be had for councils for any innovative technology to deserve such large investments in time and resources.

This one does that and some. Best of all, it has not cost councils a cent, nor will it in the future. In the final wash-up, the total costs of this very exciting initiative will come in at around $6 million to $7 million if it reaches fruition.

All of that has come out of LGAQ subsidiary profits and surpluses. The Association value-creation wheel just goes around and around.

Greg Hallam is CEO of the Local Government Association of Queensland. With more than 25 years’ service under his belt, he has visited every settlement in Queensland. This article is a lightly edited version of that which appeared in the LGAQ’s regular newsletter, and is republished with permission.