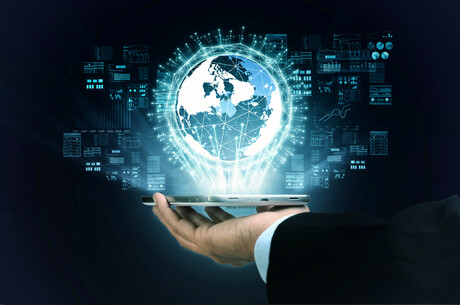 The UK government plans to appoint a new Government Chief Data Officer as part of its planned new National Data Strategy. The newly announced strategy will see 500 analysts across the public sector trained up in data science by 2021.

UK Digital Secretary Oliver Dowden said the nation is already a digital leader, having generated an estimated £243 billion ($436 million) in data-enabled service exports in 2019. The new strategy is aimed at building on this momentum.

“Our new National Data Strategy will maintain the high watermark of data use set during the [COVID-19] pandemic — freeing up businesses, government and organisations to innovate, experiment and drive a new era of growth,” he said.

“It aims to make sure British businesses are in a position to make the most of the digital revolution over the years and decades to come, help us use data to improve people’s lives and position the UK as a global champion of data use.”

The selected applicant for the Government Chief Data Officer Role will oversee the Government Digital Service (GDS) — the UK equivalent of Australia’s Digital Transformation Agency — and lead the Digital, Data and Technology function.

In this role, the candidate will be “responsible for shaping and delivering the government’s innovation and transformation strategies to improve capability and ensure the government can better leverage data and emerging technologies to design and deliver citizen-centric services that enhance our reputation as the world’s most digitally advanced government”.

The announcement follows the UK government last month revealing plans to create a new Chief Digital Officer, and the two executives are likely to work in tandem.

Meanwhile, the 500 analysts will be trained through the Data Science Campus of the Office of National Statistics, the Government Analysis Function, as well as the GDS.

In addition, up to 10 new Innovation Fellowships will be created to support the digital transformation across government, including the Prime Minister’s Office, the GDS and various departments.

These fellowships will be modelled after the US Presidential Innovation Fellowships, which attracted the participation of industry heavyweights including the Lead Developer on Google Maps, former CEO of Symantec and Co-Founder of the Earth Genome Project.

The government has meanwhile announced a £2.6 million investment towards addressing current barriers to data sharing and supporting innovation to detect online harms.

The project will involve testing the possibilities of more closely sharing data between the public and private spheres by introducing improved systems for classification and sharing of data for purposes including preventing harms such as cyberbullying, harassment or suicide ideation.

The government has launched a consultation to help finalise the core principles of the newly announced strategy and seek input on how to achieve its ambitions for the use of data across the country.

Meanwhile, the Government Office for Science has published a new report examining different approaches to governance control and use of citizen data across the world to help inform the finalisation of the strategy.