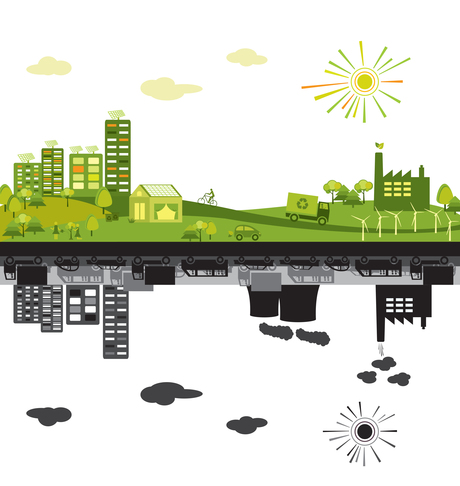 Despite the open nature of public planning, behind-the-scenes planning and negotiations that drive state development often lead to outcomes that surprise many members of the public. As planners at the US state of Maryland have learned firsthand, this process becomes easier when broad development plans are combined with data curation and public engagement facilitated by 3D, social and other modern technologies.

Public planning had long been a challenge in Maryland — a densely populated state of 6 million on the country’s eastern seaboard that is its ninth-smallest state but 15th largest by population. Despite decades of efforts to formalise land management and planning at a state level — the State Planning Department and State Development Plan (SDP) were legislated in 1959 — there was still no actual plan by the time Richard Hall took office as cabinet secretary with the Maryland Department of Planning (MDP).

“There was a policy in law allowing for the SDP, but it had never been used before,” Hall told GTR in advance of a presentation to this week’s Locate16 geospatial conference in Melbourne. “We had at least 100 different programs — from housing to environmental protection to land preservation to stormwater and growth policies — but there had never been any documents or even a brochure that tried to fit them together.

“One of the things I thought needed to be done was to pull together all the programs we had under one umbrella — and one of the key ways I wanted to bring them together was through mapping and data analysis.”

With 24 counties spread across an area half the size of Tasmania, consolidating a plethora of management and planning strategies was no small task. Differing data standards, geographical information systems (GIS), data currency issues and human factors were among the confounding factors that Hall’s team faced as it worked to unify state planning around a common technological base built on Esri ArcGIS technologies.

Data issues are a common problem for local governments in Australia as elsewhere, with the late-2014 Australian Local Government GIS Survey by GIS vendor 1Spatial finding that 38% of Australian councils saw data quality as a major obstruction to increasing GIS utilisation.

“When you try to put the whole kitchen sink in, and put everything together, it gets so hard to use and the legend gets complicated,” Hall said. “It gets hard for the producers of the data to put it together and make it understandable, hard for professional policy staff to use and hard for members of the public to throw everything into the one application.”

Hall’s team addressed this issue by breaking down the evolving SDP into three key ‘prints’ — a ‘green print’ consolidating current environmental data and planning controls; an ‘ag print’ to manage agricultural development and land preservation across the state; and a ‘growth print’ that managed residential and commercial planning zones.

“By linking those three things together, that was in many ways the sum total of Plan Maryland,” Hall said. This aggregation addressed another of the challenges reflected in the 1Spatial survey — where lack of a clear GIS strategy was named by 28% of respondents; as well as the 48% that cited staff and skills limitations and an equal percentage cited budget issues.

Some 66% said they would benefit from data quality validation and 62% saw value in integrating spatial data with other council data sources — a core focus of the SDP effort that combined state and local planning authorities into a new collaboration that helped both levels of government share GIS and planning skills in new ways.

“We really focused on having staff that were ‘hybrids’,” Hall explained. “One of the things that was somewhat unique to use was having professionals that not only knew how to use GIS technology at a pretty high level, but also knew pretty clearly what certain parts of the state were like, and what their policies and maps looked like.

“That way, when they were compiling data, reviewing data or reviewing the outputs of analysis it wasn’t in a technical vacuum. We had the ability to take data, link it together so it worked together in various analyses and could then produce information from multiple layers. Local governments realised we could do this pretty well — and this was one of the key things that made us successful.”

As well as consolidating disparate datasets, the team focused on maintaining relationships to progressively update data on a cyclical basis and smooth its delivery to the public using web-based tools that simplified what were often-complex internal GIS environments.

This addressed a need identified by 48% of 1Spatial survey respondents, who long ago saw the value of providing a more modern public-facing web mapping application.

Web-based GIS systems have been tapped in Australia and around the world as a method of expanding access to common datasets as well as engaging with citizens to float proposed planning ideas. Web-based interfaces simplify tasks such as identifying disaster-prone areas, generating property reports, public incident reporting, provision of community information — and, as Hall’s team rapidly found, they also provided a way of engaging planners and the public much earlier in the life cycle of local development projects.

Integration of 3D city modelling capabilities — named as an important innovation by 21% of the 1Spatial respondents — proved to be a significant help in Maryland, where conventional planning processes could often fail to convey the intentions and scope of new development projects.

“One of the challenges behind smart growth and development issues is that your average citizen doesn’t understand or may not care about the details of a zoning ordinance,” Hall said.

“They usually don’t care about what happens until they see a building being built and can see what it looks like — and then, of course, it’s too late. New technologies offer better ways to get a good idea of what the community is likely to look like in the future.”

The MDP team leveraged Esri CityEngine technology, which facilitates the creation of detailed 3D models that enable evaluation of planning proposals as they are being considered and revised.

Three-dimensional models were created to show the acceptable uses under a range of zoning strictures, allowing developers and state planning officials to collaborate on the most functional, space-efficient designs. Those models, combined with web-based tools that enabled public commenting on proposals, have paved the way for more transparency during the planning process.

Such maps helped the MDP, for example, in addressing a proposed development that would have had “a lot more rural sprawl type growth than the law would allow,” Hall said. “We used a lot of mapping efforts and combined it with street views to show areas that needed to be protected because they were agricultural and forest land.”

By leveraging web GIS, 3D and other technologies, Hall said, the MDP team has not only finally been able to realise the 50-year-old vision of a formal State Development Plan, but has been able to consolidate data sharing and planning relationships with local governments. This has allowed for a more cohesive approach to short-term development and long-term planning across America’s fifth most densely populated state.

“I always thought strongly that our words had little meaning at the state level if we didn’t back them up with compelling, well-displayed and well-justified analysis and outputs,” he said.

“The maps, tabular data and other analyses that we had produced were locally accurate and relevant, and very defensible. Once you have the system, people, data, applications and knowledge of the community you’re dealing with, you can deploy these resources a lot better.”