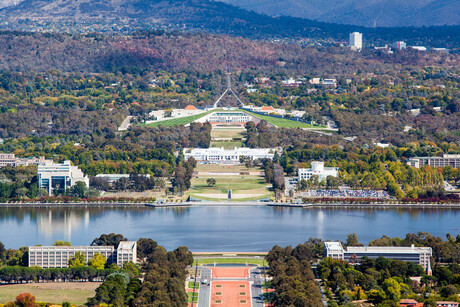 The ACT Government has won a global technology award for its innovative use of geographic information system (GIS) technology to automate processes for building inspections.

The territory’s Environment, Planning and Sustainable Development Directorate won an Esri Special Achievement in GIS Award for the new app, which integrates building project information and building standards into a single platform.

The project beat out more than 400,000 organisations globally to secure the award, which has delivered benefits including improving accuracy of reporting, enabling more time onsite and providing greater visibility into risks for all project stakeholders.

“This project is helping the ACT Government strengthen the integrity of the building industry in Canberra by giving our inspectors more tools at their fingertips when they are carrying out inspections on apartments and commercial building sites,” he said.

“The app is tailored to cover the ACT’s building laws and standards to help monitor compliance. This is just one of the many steps the ACT Government has taken in its comprehensive building reform program so that the Canberra community can have confidence in the industry.”

According to Esri Australia National Business Manager Lisa Dykes, the solution should be considered a benchmark and blueprint for other agencies seeking to reduce risks related to new building work.

“The ACT Government’s innovative use of GIS technology to create this world-first solution has direct transferable benefits for every government agency, council and construction firm across the country and around the world,” she said.

“Beyond introducing greater efficiencies and more rigorous auditing standards, the solution provides transparency on building compliance and safety issues for all stakeholders.”

The ACT Government was the only Australian winner of this year’s GIS awards. The Ministry of Māori Development was the only New Zealand winner for its Whenua Maori Program, which has included setting up a website to allow Maori freehold landowners in the nation to more easily access publicly available information about their land.