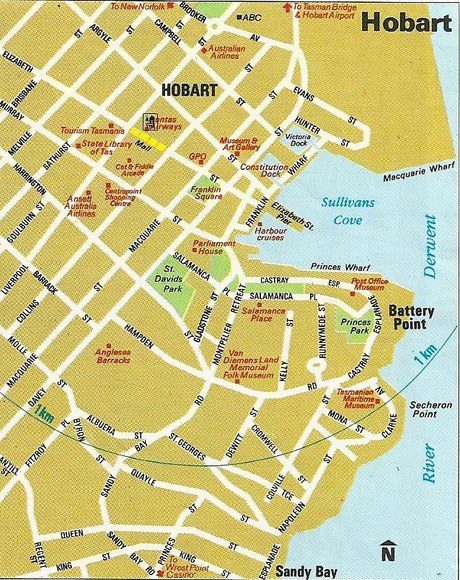 Local governments have used geospatial information systems (GIS) for many years, but the advent of more user-friendly, web-based tools is finally helping overcome lingering cultural attitudes that have limited the use of GIS in many councils.

Tasmania’s Hobart City Council, for one, has been progressively increasing the use of interactive interfaces that have simplified the delivery of contextual information from the council’s core Esri ArcGIS system to council workers via smartphones, tablets and other devices.

Accessing GIS information had long required proprietary clients with their own training burden, but the transition to web-based interfaces has had a “profound impact on our organisation”, Hobart City Council GIS coordinator Mark Wise recently told attendees at this month’s Ozri 2015 geospatial conference.

That impact had come as easier access to GIS systems had revolutionised operational council divisions so focused on day-to-day operations that executives remained sceptical about geospatial systems’ relevance.

“Because we are a multidiscipline organisation, which strongly focuses on the doing, the power of GIS can sometimes get trapped inside the Bermuda Triangle,” Wise said.

“In an environment where GIS is not the primary focus, we are just enablers at best — and after 30 years working in GIS I am still floored by executives and senior managers to whom the concept that everything happens somewhere is completely foreign. They live not in a parallel universe, but another universe.”

The cultural divide had persisted because IT often owned GIS deployments and proprietary client applications were too complex to be effectively utilised by line-of-business managers. But as Hobart’s GIS team moved those interfaces into a web-based environment, easier access had finally broken through the cultural divide.

“Web and mobile deployment are allowing us to get into workflows and not just maps,” Wise explained. “We’re getting into workflows from areas of the council that never thought they belonged in the GIS.”

Efforts to open up council geospatial databases had emerged in new ways as the GIS team published graphical, interactive maps of everything from tracking graffiti tags and the locations of public toilets to lists of playgrounds spread across the council’s seven administrative areas.

Lists of heritage areas across the council, for example, were previously published as a textual report that could run to “80 pages of listings” but are being adapted into a graphical interface for easy access.

Another trial involved a council employee using the web-based ArcGIS Collector tool, which sped her regular surveys of parking usage and vacancies by “four to five times”, Wise said. “We are now giving the parking operations a new view of their information. It was something they hadn’t seen before and didn’t want.”

Hobart’s success in using web-based tools to expand the reach and value of GIS data sets mirrors the experience in other councils, where recent trends towards open data have motivated geospatial experts to advocate for more effective ways of publishing and using that information.

The recent 1Spatial Australian Local Government GIS Survey found that 52% of respondents said they spent most of their time performing manual processes when working with geospatial data.

One Victorian tourism concern has been using an online mapping portal “to proactively access new and upcoming neighbourhoods as well as using mapping to engage the public in new and exciting ways”, Esri senior consultant for industry solutions Ebony Wicks said.

“Because the portal encourages a culture of collaboration not only within the organisation but between it, the team really started to use data sets from different sources. This central repository of information allows different teams with different interest to use the spatial insights, regardless of their capabilities.”

Data quality — named as a blocker by 38% of the 1Spatial survey respondents — had been a challenge for Hobart’s Wise and his team, particularly as other information sources were integrated. Over time, however, access to better user-facing tools was finally bringing GIS to the front line — and overcoming issues about data ownership as Hobart offered a range of public data sets through its City of Hobart ArcGIS Harvest.

“There’s a challenge,” Wise said, “and that is dragging information out of different silos in the organisation and bringing them together. The biggest change I’ve seen in 30 years of GIS has come from open government — which is about the right to information, not the privilege anymore — and it really is a challenge to traditionalists. And it’s a change in the way we do business.”